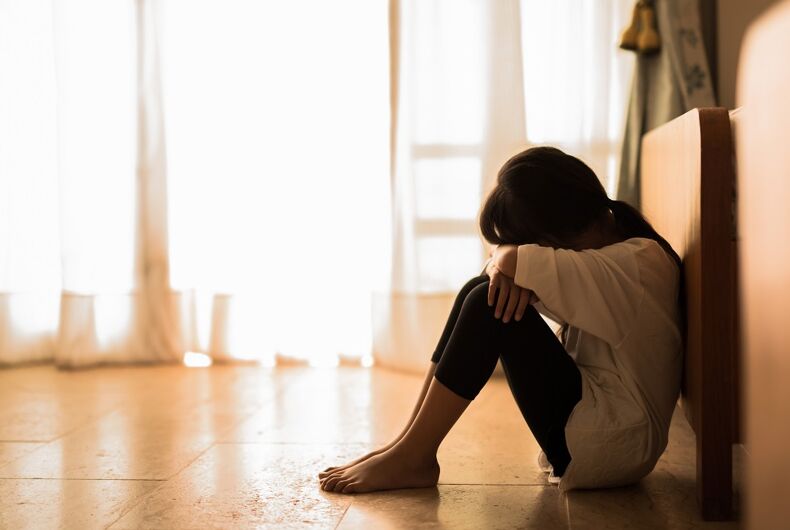 A conservative organization is implying that it will sue if California passes a conversion therapy ban that it’s considering.

At issue is a bill that would add “sexual orientation change efforts” to the state’s list of fraudulent goods and services in its consumer protection law.

It’s a straightforward idea: quacks are telling LGBT people that they can become straight if they buy their product or undergo therapy with them. They’re not just spreading self-hate, they’re also cheating people out of their money with false promises. The government has an interest in protecting consumers by banning fraud.

Of course, that’s not how the Alliance Defending Freedom (ADF) sees it. The organization is a SPLC designated hate group and represented anti-gay baker Jack Phillips in front of the Supreme Court in his bid to be allowed to discriminate against gay couples.

In an interview with the Baptist Press, Matt Sharp of the ADF said that the bill “burdens free speech and the free exercise of religion.” While the California law can only be enforced when people purchase a good or service – not when a pastor says something in church – Sharp says that religious leaders could be prosecuted anyway.

“It could be a violation if a pastor encourages a congregant to visit the church bookstore to purchase books that help people address sexual issues, perhaps including the Bible itself, which teaches about the importance of sexual purity within the confines of marriage between a man and woman,” said Sharp.

The comment about the Bible is overwrought – it says nothing about conversion therapy. And about other books… well, why are pastors hawking their wares from the pulpit?

The law is about advertising, a form of speech that the Supreme Court has long said could be regulated if it’s false or misleading. If a pastor’s sermon is so commercial that the state government considers it more of an advertisement than a religious practice, then something has already gone very wrong in that church.

They don’t explain how any of that could be interpreted as a “sexual orientation change effort” under California law.

If the bill passes and ADF files a lawsuit, they would have an uphill battle before them. Conservatives challenged California’s 2012 ban on conversion therapy for minors, and they lost. The Supreme Court refused to hear their appeal, effectively affirming the 9th Circuit Court’s ruling that the ban was constitutional because it only applied to licensed mental health professionals, not ministers.

There’s no reason to believe that courts would see this bill differently since it’s specifically about commercial practices.

It’s like how California bans stores from labeling products as “Made in California” unless they’re actually made in California. That’s technically a restriction on speech, but it doesn’t violate the First Amendment.

In order for ADF to even file a suit, the state would have to use the law against someone so that ADF would have a case. That case will probably not be a minister telling people about a book. Instead, it will probably be a therapist charging people for a couple sessions a week with the promise that they’ll be straight one day.

And, in that case, the ADF would have to prove that conversion therapy isn’t fraudulent, that it really can change someone’s sexual orientation.

The lawsuit wouldn’t stand a chance.

It’s still disheartening that conservatives are defending conversion therapy at all. And it would be good if conservatives like Mike Pence – who claims to oppose the practice despite endorsing it previously – would say something about their fellow conservatives who want to keep it legal.