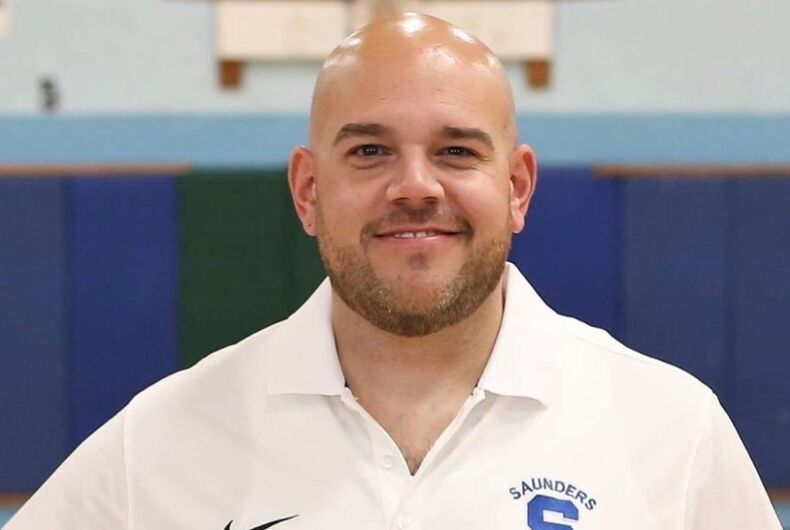 Two high-school basketball coaches in New York state — including one who came out to his team in 2013 — have been suspended over a Jan. 20 charity game they organized.

Former NBA player Jason Collins, out publicly since 2013, was there. He spoke to students and coaches about LGBTQ inclusion. Nicodemo’s Saunders Blue Devils participated. The event raised $800 for the Hudson Valley chapter of GLSEN, which supports LGBTQ students.

Cool event. So what was the problem?

“This event was a pioneering event,” Nicodemo said to Outsports. “It was special for everyone involved. There was zero negativity.”

Nicodemo pointed out that a number of events proceed without being officially sanctioned by Section One. He credited his athletic director as someone strong on rules and regulations, and he blamed Section One for the punishment after the verbal OK.

Nicodemo was named a coach of the year by the Lower Hudson Basketball Coaches Association in 2013. He said that next year, schools might not participate because they could be targets, too.