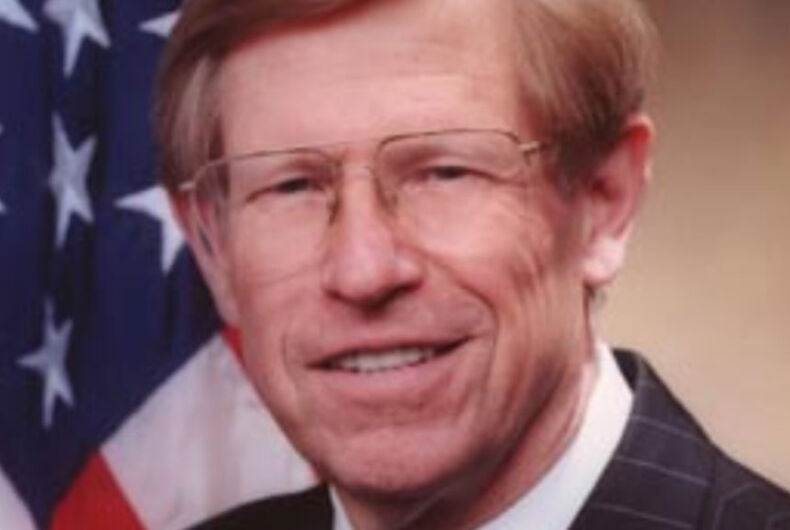 UPDATE: Theodore J. Boutrous, the global co-chair of the Gibson, Dunn & Crutcher litigation group, where Olson is a partner, has announced that the offer has been rejected.

I can confirm that @gibsondunn and Theodore B. Olson will not be representing @realDonaldTrump

President Donald Trump’s legal team has reportedly reached out to high-profile attorney Theodore Olson, who fought for marriage equality, in hopes of adding him to its ranks in defending against claims of collusion between Russia and the now-president during the 2016 election.

Three different sources confirmed the talks between Trump’s legal team and Olson, who served as solicitor general under George W. Bush from 2001 to 2004, The Washington Post reports.

Trump is said to be feeling more vulnerable to the investigation, which could include an interview with the president, which is being led by FBI Director Robert Mueller, and is looking to shake up his legal representatives, much like he has been shaking up his team at the White House.

Olson is said to be considering the offer while taking into account possible conflicts of interest with his current roster of clients at Gibson, Dunn & Crutcher. He reportedly turned down a previous offer to join the team.

One source said Trump discussed the possibility of Olson joining his legal team with aides on Monday, adding the president appeared supportive of the idea.

“I’m not going to comment on this subject,” Olson said in an email today.

Trump hired pundit and former U.S. attorney Joe diGenova on Monday, a controversial choice as he is a deep state conspiracy theorist who has repeatedly argued that the president is the victim of a frame job by the FBI.