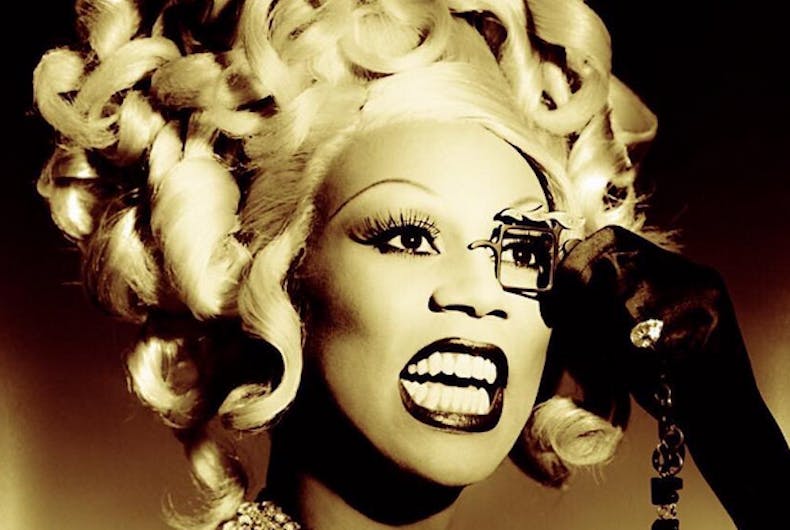 RuPaul’s Drag Race is the place to see the country’s best drag queens. But don’t expect to see women drag queens on the show any time soon.

Talking with The Guardian, RuPaul was asked whether she would allow “bio queens,” the offensive term for cisgender women who dress up as drag queens, to compete on the show.

Ru said no. “Drag loses its sense of danger and its sense of irony once it’s not men doing it, because at its core it’s a social statement and a big f-you to male-dominated culture. So for men to do it, it’s really punk rock, because it’s a real rejection of masculinity.”

“It’s an interesting area,” RuPaul answered. “Peppermint didn’t get breast implants until after she left our show; she was identifying as a woman, but she hadn’t really transitioned.”

But no. “Probably not. You can identify as a woman and say you’re transitioning, but it changes once you start changing your body. It takes on a different thing; it changes the whole concept of what we’re doing. We’ve had some girls who’ve had some injections in the face and maybe a little bit in the butt here and there, but they haven’t transitioned.”

RuPaul was not asked about straight men. There have only been gay, bi, and trans contestants in the show’s first nine seasons.

Trump says a black Congresswoman should ‘take an IQ test’