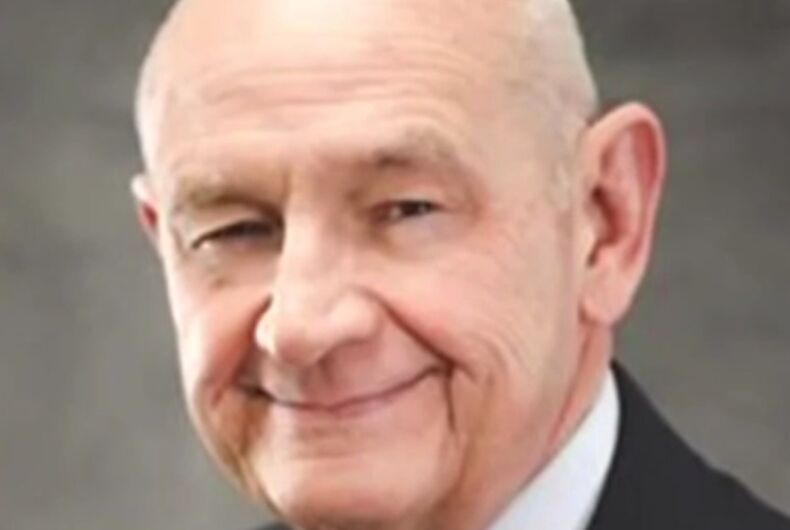 Bill Ledbetter, a pastor in Oklahoma, opened Thursday’s state senate session with a prayer that put the blame for school shootings on marriage equality.

“Feb. 14 [a man] went into a school and killed 17 of our people, our kids. What is going on?” Ledbetter said in the prayer, referring to the shooting in a Parkland, Florida, high school in which seventeen people died.

Ledbetter was nominated as “Chaplain of the Day” by senator Josh Brecheen (R). Senate sessions always start with short prayers, but since Thursday is “devotional day,” Ledbetter was allowed to go on for fifteen minutes.

Several senators walked out during the prayer.

Senate Minority Leader John Sparks (D) released a statement. “There is no place for intolerance and hate in the Senate Chamber or anywhere else in Oklahoma. As senators we were elected to serve all people in Oklahoma and we should not condone or encourage divisive rhetoric which targets any Oklahoman.”

Oklahoma Democrats have called for Ledbetter to apologize and for Republicans to “ensure future guest chaplains are respectful when addressing.”

Senate president pro tempore Mike Schultz (R) said he does not believe the comments were hateful, but promised to “maintain the decorum of the Senate.”

LGBT activists responded more forcefully. “It’s not just awful because it insults marriage equality, it’s awful because he is invoking the name of dead teenagers and victims of horrible crimes around the country, and using that to further a political agenda,” said Troy Stevenson of Freedom Oklahoma. “It’s disgusting.”

When reached by KXII News 12 on Friday, Ledbetter said that he was just asking questions. “I’m not standing on a mountain proclaiming something, I merely spoke the scriptures and asked the questions, ‘Could God be speaking to us in this season?'”

The guest chaplain program in Oklahoma has come under criticism in the past for its lack of diversity. Last year, a Democratic representative nominated a Muslim imam as Chaplain of the Day but was refused because the imam wasn’t from the representative’s congregation. There are currently no Jewish or Muslim members of the Oklahoma legislature.