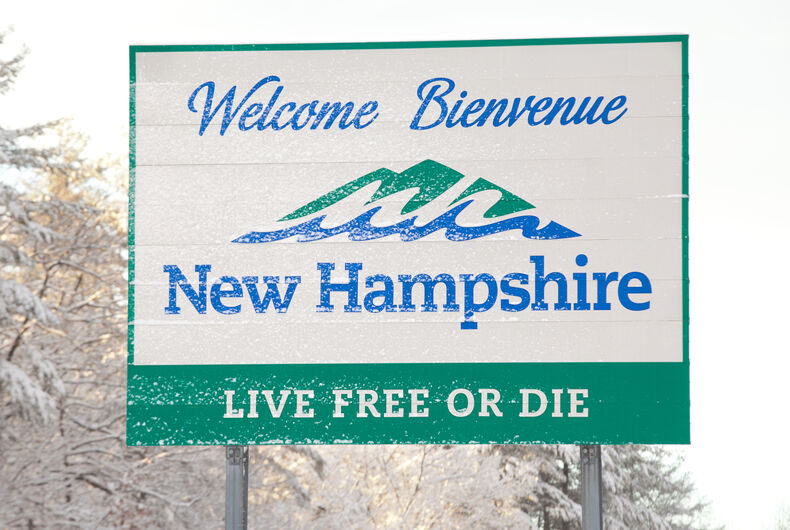 The New Hampshire House of Representatives passed HB 1319, a bill that would protect transgender people from discrimination. The bill adds “gender identity” to the state’s nondiscrimination laws.

“The momentum behind the fight for equal rights in New Hampshire is growing as lawmakers and citizens alike continue to assert the importance of this transgender-inclusive legislation,” Sarah Kate Ellis, President and CEO of GLAAD, said in an emailed statement.

“Faith leaders, local businesses, public safety officials and now the New Hampshire House of Representatives are collectively calling for fairness and freedom for all by working to ensure transgender people have the same vital protections against discrimination granted to all people of New Hampshire.”

“No person should be fired, evicted, or denied service just because of who they are, and it is far beyond time that the Granite State’s non-discrimination protections include transgender people. We call on the New Hampshire Senate to swiftly pass this bill and send it to Governor Sununu’s desk for his signature.”

The bill has broad bipartisan support in the state and now moves to the state senate for passage. Three Republican senators have co-sponsored the bill; Republican governor Chris Sununu has said he supports the change and would sign it into law.

New Hampshire is the only state in New England that does not have gender identity protections as part of their nondiscrimination laws.

What a Deval Patrick presidency might mean for LGBTQ equality