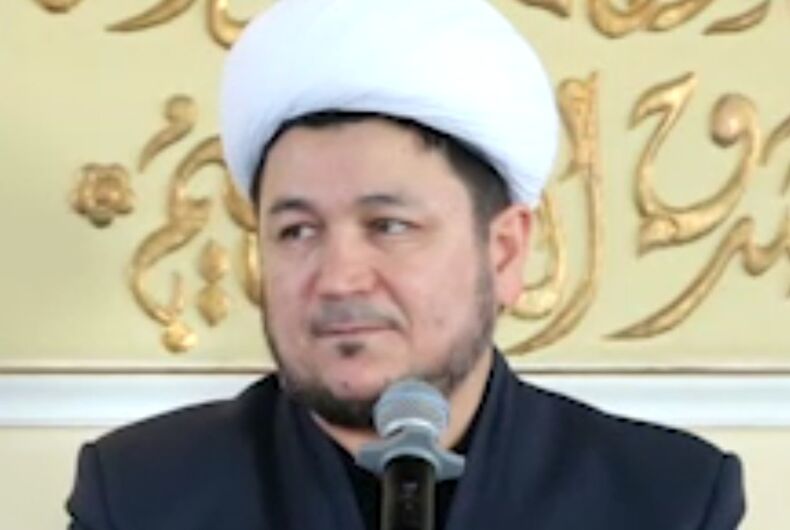 An Uzbek imam made strange statements about the origins of homosexuality.

Rahmatulloh Saifutdinov, who is the chief imam at the Mirzo Yusuf Mosque in Tashkent, said that gay babies are born when their mothers have sex with their husbands but fantasize about other men.

“For example, women are fantasizing about handsome Turkish soap opera actors. There are many such posts on social media by some married women,” he said during a sermon on March 2. “It’s like having three people taking part in the intercourse.”

Men who think about other women while having sex will have lesbian daughters.

“Men, too, are not allowed to imagine another beautiful woman when they are having sexual intercourse with their wives, because this may lead to the birth of a lesbian child.”

Saifutdinov did not say what his sources were for these… scientifesque findings, and he has refused to talk to the media about the sermon.

Radio Free Europe speculates that the topic was on his mind because the popular Turkish soap opera Endless Love just got banned in Uzbekistan. Conservative groups complained that the show “undermined Islamic values” because it discussed taboo topics like infidelity and suicide.

Saifutdinov did not mention Endless Love by name in his sermon.

Male homosexuality is illegal in Uzbekistan and carries a penalty of up to three years in prison. Lesbianism is not mentioned in Uzbek law.

Conversion therapist found guilty of having sex with his male patients