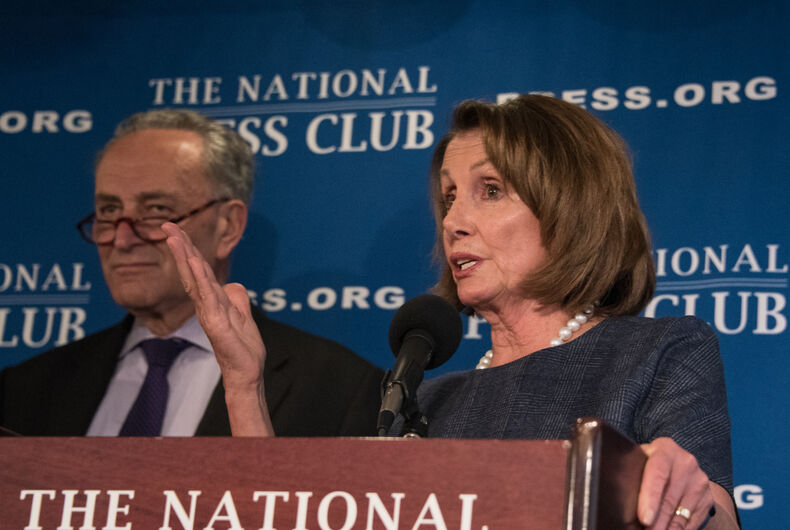 If Matt Jones has his way, Mitch McConnell could face something in 2020  that he hasn’t had for a long time: a real run for his money. And he’s not the only Republican in that boat.

The popular Kentucky sports radio host has been taking shots at the Senate Majority Leader for years on his show. Now, he just might take a shot at unseating the “consummate” Washington insider who’s represented the state for more than 30 years.

Jones — a self-described “Southern populist progressive,” who’s pro-Obamacare, supports marijuana legalization and same-sex marriage, and is pro-union — may have the best chance of posing a real threat and making McConnell work to hold on to a seat he’d win under normal circumstances.

But politics in the Trump era is anything but normal. After all, Alabama recently elected a Democrat senator, and a Pennsylvania Democrat just won a seat that’s been safely Republican for years in a district that Donald Trump won by double digits in 2016.

There will be more challenges to come for Republican lawmakers. The Trump era resistance has made Democrats more eager than ever to run for office, giving rise to an exceptional number of Democratic challengers who are leaving few seats unchallenged, and even out-raising some Republican incumbents.

But how far will Democrats go to have a shot at winning these seats? How will Democrat challengers have to run to win? Banking on suburban discontent, they’ll have to bridge the gap between urban districts where their base is strongest and opposition to Trump runs deep and rural small-town districts where Trump has the most support.

How much will Democrat challengers feel the need to distance themselves from the party and its values?

Even with his widespread name recognition and popularity in Kentucky, Jones is careful to avoid the “liberal” label, while appealing to the state’s working class (read, white) voters. Lamb ran as pro-union, but also emphasized his personal opposition to abortion and supported Donald Trump’s steel and aluminum tariffs.

Meanwhile, Democrats are backing similarly moderate candidates to help them flip Republican seats. Hoping to recreate Lamb’s victory, the party is backing candidates like Brendan Kelly, who told the Southern Illinoisan that we’re at a point where ” it is courageous to come forward and break the party mold and reach out across party lines.”

Democrats have a real chance to change Congress by winning enough House seats to take majority control away from Republicans, and perhaps make a dent in the GOP’s Senate majority. How much the party will change itself in the process, remains to be seen.

To pull it off, they will have to strike a balance between the values that win the base, and reaching out to discontented Trump-voting suburbanites.

Why do people keep comparing the fight for gun reform to the struggle for marriage equality?