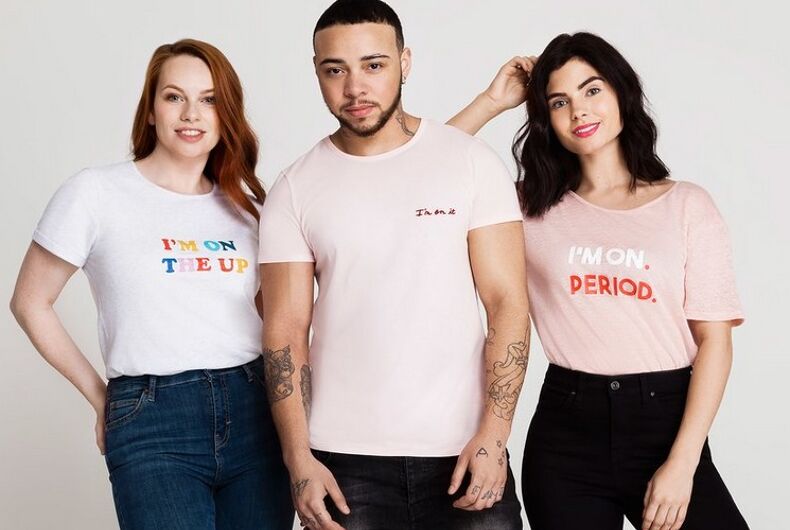 A transgender male model is participating in a campaign for a period subscription service.

Pink Parcel is a UK-based business that sells period subscriptions. Customers get “period essentials,” “lush treats,” and “a curation of cult products” delivered to their doors once a month.

“I’M ON” will also feature a transgender man, Kenny Jones.

Jones said that he knew he was trans when he was 14, but he didn’t start hormone replacement therapy until he was 17. In those three years, he had periods.

“During my transition I did have to deal with experiencing periods each month and many of the negative stereotypes that can come along with it,” he said.

Jones said that periods are still a taboo topic, which made him feel ashamed as a teen. “I always found the fact that no one seemed to openly talk about periods quite difficult and made me want to hide mine even more,” he said.

His first period was “confusing” to him, and the silence didn’t help. “It did make me realize that periods weren’t something I wanted to happen to me and it motivated and pushed me to further my transition,” he said.

Jones said that he attended an all-girls school as a kid and was sent to a psychiatrist at age 11 because he “never understood what gender was.” But after attending a college with more open-minded people, he started feeling more comfortable in his body.

A poll cited by the Independent found that half of British people have never spoken with their partners about periods and one-third think it’s a taboo topic.

This judge refused to marry same-sex couples. He just got suspended.

When conservatives protested a gay student, his community stood up for him. Big time.