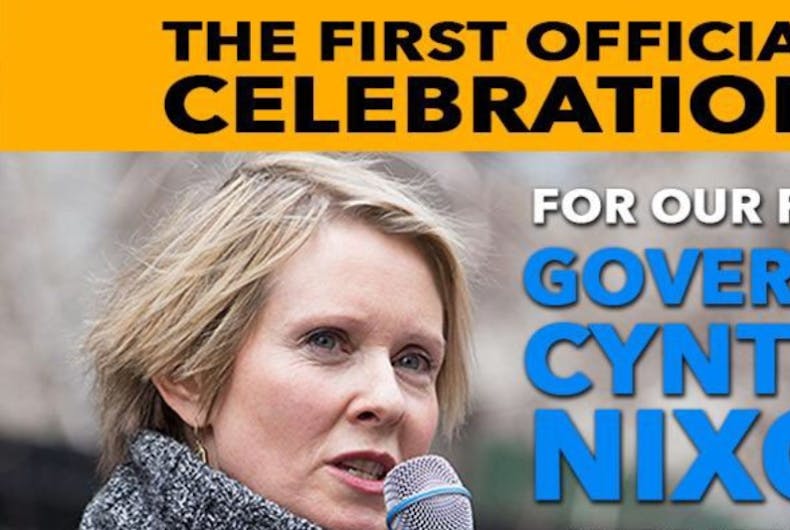 Former New York City Council President Christine Quinn has a well-earned reputation as a tough fighter. But she may have crossed a line in taking on Cynthia Nixon for announcing her candidacy for New York governor.

As a lesbian, Quinn should have known how not to attack Nixon, who is bisexual and married to a woman. Instead, Quinn has blasted Nixon in pointed terms as an “unqualified lesbian.”

Nixon certainly doesn’t have the political experience that Quinn has. And Quinn’s comments came as she contrasted her own candidacy for New York City mayor as a “qualified lesbian.” But the remark was particularly off-key, even by Quinn’s street-fighter standards.

There’s a history behind the current drama, of course. When Quinn ran for mayor in 2013, Nixon supported her opponent Bill de Blasio, who ended up beating Quinn. Clearly, that decision still rankles Quinn, who is working for incumbent Gov. Andrew Cuomo.

Quinn subsequently clarified her comments in a four-part Twitter statement. “To be clear, Cynthia Nixon’s identity has no bearing on her candidacy and it was not my intention to suggest it did,” Quinn said. “I want to be clear about that. I would never, EVER, criticize someone because of their identity.”

Still, Quinn couldn’t help but take another shot at Nixon for “aggressively opposing” Quinn’s candidacy. With the primary not until September, there’s plenty of time to rehash old grievances and maybe even create a few new ones along the way.

Quinn’s tweets are below, but the fun starts beneath those. You’ll die of laughter.

To be clear, Cynthia Nixon’s identity has no bearing on her candidacy and it was not my intention to suggest it did. I want to be clear about that. I would never, EVER, criticize someone because of their identity. 1/4

I’ve experienced it time and time again, and would never support it or condone it. As a lesbian who ran one of the most high profile races in the country, i know what that’s like. And I know it’s imperative that we encourage more members of our community to run for office. 2/4

Cynthia Nixon aggressively opposed my candidacy in New York despite my qualifications for the office and despite my strong progressive credentials. I was attempting to make a comparison between the two of us. 3/4

"Unqualified Lesbian" is the title of my memoir.

The Unqualified Lesbian sounds like an Oscar Wilde play that Cynthia Nixon wins a Tony for.

“Vote Cuomo, Not the Unqualified Lesbian” just doesn’t have the same ring to it https://t.co/hXUfB2qY8c

i, too, am an unqualified lesbian