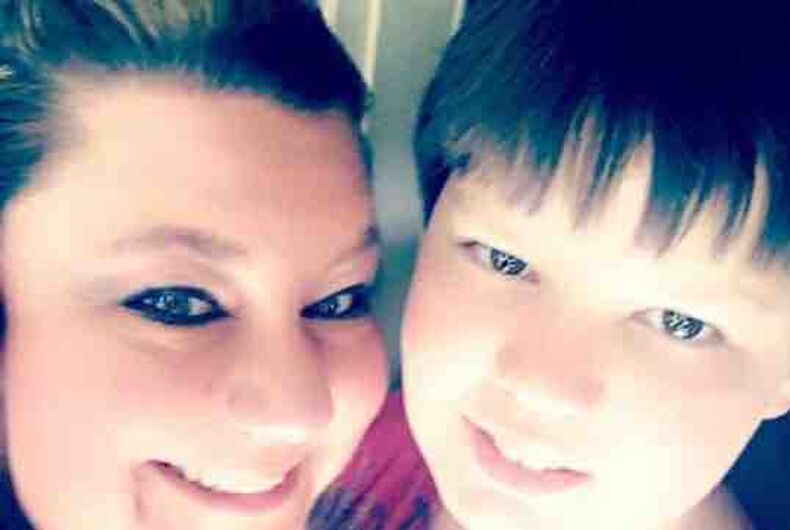 12-year-old Andrew Leach didn’t need to die by suicide. After being relentlessly bullied at school, Leach decided to end his life because he didn’t know what else to do.

His parents say that he was struggling with his sexual orientation and had come out to them as bisexual. But when he told classmates, the bullying intensified.

“He was struggling a lot internally with sexual orientation,” his father, Matt Leach, said.  “He finally came out with the information at school that he thought he may be bisexual. I think that really amped up the bullying.”

“Kids were telling him, ‘We’re gonna put hands on you. You’re not going to make it out of this bathroom.’ Things of that nature,” his father said.

An outgoing child, his mother, Cheryl Hudson, said the family didn’t notice the dark place Andrew was in before he died by suicide. It wasn’t until after his death that they started putting the pieces together.

“I guess I was just oblivious to it. He just always seemed happy,” Hudson said.

Leach’s school won’t say whether or not the bullying had been reported to district authorities. His parents believe that while the school has a zero-tolerance policy, it isn’t enforced.

“I want [the bullies] to know what they’ve done and how it affects other people,” Hudson said.

His parents said they think Andrew didn’t know where to turn for help. He likely wasn’t aware of the national suicide hotline or any of the programs run to assist LGBTQ youth by the Trevor Project.

A GoFundMe has been set up to pay for his funeral expenses.

The Democrat won in Pennsylvania last night, but this gay journalist stole the show

Ellen & Sean Hayes have a ‘Battle of the Gays’