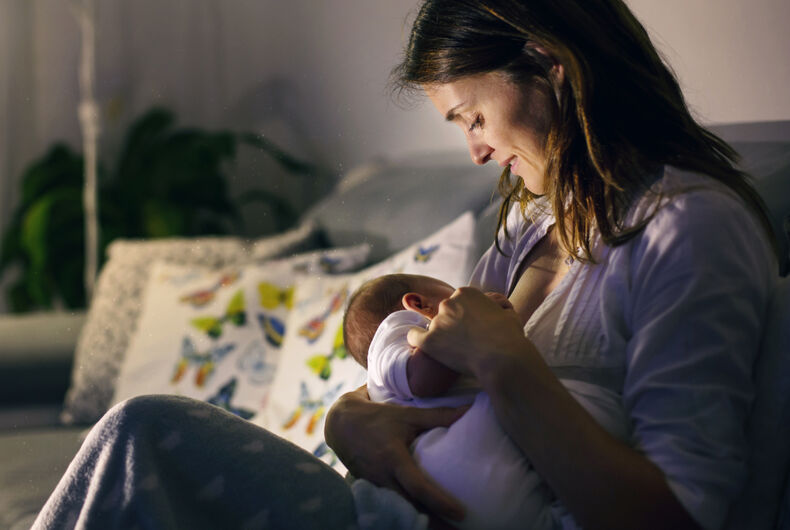 An experimental therapy has allowed a transgender woman to breastfeed her newborn baby for six weeks.

The 30-year-old trans woman’s partner had no interest in breastfeeding, so she contacted Mount Sinai’s Center for Transgender Medicine and Surgery in New York City.

Reisman and Goldstein say their Jan. 1, 2018, report on the treatment is the first of its kind in medical literature.

The three-and-half month treatment included hormones, a nausea drug and a breast pump to stimulate milk production. The couple supplemented the 8 ounces of breast milk she produced with formula.

The treatment began in her partner’s second trimester. Its four elements included the drug domperidone, which increases prolactin levels. The drug is widely used in Canada, but it’s banned in the United States for its cardiac risks.

This is exciting news for all transgender people, as well as adoptive parents and parents of children born with the use of a surrogate, Anne Weeks, a certified lactation consultant in Hamilton, Ontario, told Gizmodo.

“The human body is incredibly adaptable, and milk production is a very robust system,” Weeks said. “However, there is so much more to breastfeeding than producing milk.”

Why did Sean Hannity sexualize Obama’s portrait by a gay artist?

Key lessons we should all learn from the Rose McGowan, trans activist showdown