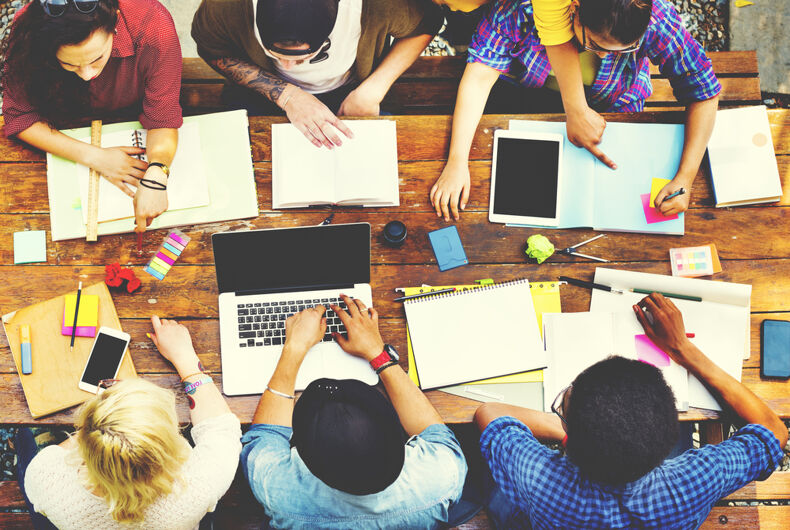 Emma Gonzalez, a senior at Marjory Stoneman Douglas High School in Parkland, Florida excited the crowd at a gun control rally in Fort Lauderdale just four days after a gunman plowed down students and faculty with an AR-15 semi-automatic assault rifle killing 17 and injuring another 15 precious souls.

“The people in the government who were voted into power are lying to us. And us kids seem to be the only ones who notice and our parents to call BS. Companies trying to make caricatures of the teenagers these days, saying that all we are self-involved and trend-obsessed and they hush us into submission when our message doesn’t reach the ears of the nation, we are prepared to call BS,” she told the crowd to cheers from fellow students.

Through her voice, her passion, her outrage, and her deep commitment, Gonzalez poured hot cleansing waters to wash away the deeply entrenched stain of gun violence.

It is a movement declaring that people are worth far more than corporate profits and political payoffs. It is a movement demanding that common sense measures be taken to finally begin to end the scourge that is gun violence in the United States of America. It is a movement proclaiming clearly and forcefully that condolences and prayers are simply not enough, and most importantly, that enough is enough!

The United States stands at the cusp of great social change, led by strong and articulate young people who are cutting through the BS of longtime entrenchment that holds a system catering to the rich and the well positioned in place.

Black Lives Matter, and professional athletes sparked by the courageous actions of NFL star Colin Kaepernick, are challenging institutional racism; women are pouring out into the streets and onto the ballots to break the log jam blocking their entry into the ranks of key policy makers; the Me Too and Time’s Up Movements are standing up by demanding an end to sexual harassment and gender inequality.

Disability rights activists are sitting in and acting up to ensure quality health care for all and the security of benefits for all who require them to maintain a high quality of life; LGBTQ people and their allies continue to push for full equality and the freedom to enter public facilities most closely aligning their gender identities; labor activists are demanding a realignment of the nation’s economic priorities overwhelmingly and increasingly separating the “haves” from the rest of us.

And indeed, they will not go back into those dank places of fear and denial that stifles the spirit and ruins so many lives.

Oh, they will physically return to their schools and their homes. They will continue to study and play sports, to watch movies, text, and write about their days on social media. Some will most likely continue to serve as community organizers, and some will go on to become parents, educators, and political leaders once their school days are behind.

The place they will go to, though, is nowhere that can be seen. It is a place of consciousness that teaches those who have entered that everyone is diminished when any one of us is demeaned; that gun violence as well as all the forms of oppression have no place in a just society.

It takes courage to speak out and counter the violence, the scapegoating, the fear of change, the ignorance, and yes, the hatred surrounding our lives. Fortunately, young people are developing positive identities at earlier ages than ever before. Activists of all ages are gaining selective electoral, legislative, and judicial victories.

Gonzalez said, “They say no laws could have prevented the hundreds of senseless tragedies that have occurred. We call BS. That us kids don’t know what we’re talking about, that we’re too young to understand how the government works. We call BS.”

Young people have been integral in the development and success of social movements from the very beginning, and today, they are shaking up norms and traditions as have the young of the past. They are transforming and revolutionizing the society and its institutions by challenging overall power inequities, categorizations, and hierarchies, they are making links to the various forms of oppression, and they are forming coalitions with other marginalized groups.

Researcher Catherine Corrigall-Brown, in her study of youth participation in social movements, found that activism is directly related with higher levels of self-esteem and self-efficacy, and also associated with verification and crystallization of identity development.

Young people are dreaming their dreams, sharing their ideas and visions, and organizing to ensure a world free from all the deadly forms of oppression, and, along their journey, they are inventing new ways of relating and being in the world. Their stories, experiences, and activism have great potential to bring us to a future where all people will live freely, unencumbered by fears of being shot on their way to school, to work, or to the store.

…Each generation improves the world for the next.

My grandparents willed me strength.

My parents willed me pride.

I will to you rage.

I give you a world incomplete,

a world where women still are property and chattel

but I give you a legacy of doers

of people who take risks

to chisel the crack wider….”

We owe our gratitude to the young people throughout the decades who have taken the chisel and expanded that crack ever wider!