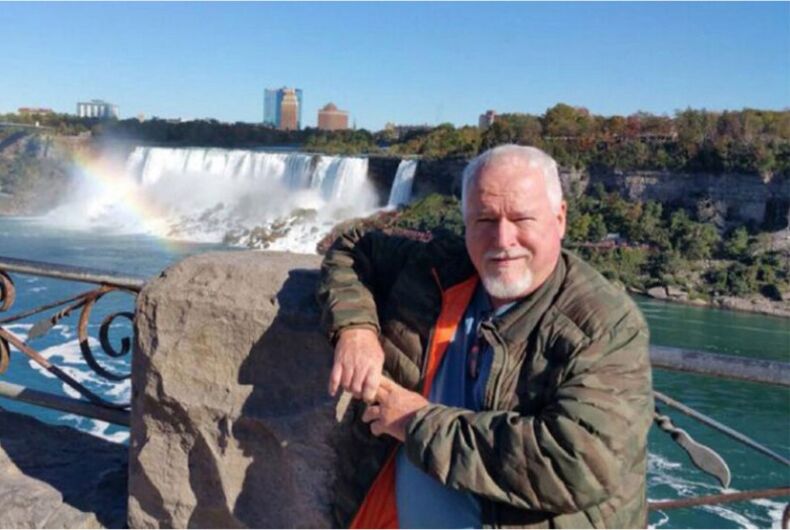 Toronto police have charged Bruce McArthur with a six murder charge, and they’ve expanded their investigation through Toronto and into Ontario.

Police are also interested in two additional properties where the landscaper worked, but frozen ground has slowed the process.

McArthur, 66, a self-employed landscaper, was arrested in January. Police say he killed gay men and buried their body parts in potted plants on properties where he worked.

As the investigation widens, one Toronto LGBTQ group is criticizing police for failing to take disappearances seriously.

Gay men of South Asian and Middle Eastern descent, with cultural pressures to stay in the closet, were missing long before a white victim’s disappearance launched the investigation.

“It saddening and unacceptable that it took the disappearance of Andrew Kinsman to reopen public interest in the cases,” the Alliance for South Asian AIDS Prevention said in a statement. “We strongly emphasize that racism and homophobia are systemic issues that affect every part of society.”

Soofia Mahmood, of the LGBTQ group 519 Center, said this is not the first time the community had deaths and disappearances.

“The community has been victim to systemic abuse over the years, particularly people of color in our community,” Mahmood said at a vigil. “There is need to expect and demand accountability, from police and other groups who stereotype members of the community.

“But now there is a need for solidarity in the community. We need to come together to celebrate the community and heal together.”

The sister of one man who was missing since 2010 told the Toronto Sun that police have contacted her for the first time in five years.

Judi Riley, of Meaford, Ontario, 112 northwest of Toronto, said she was preparing herself for word about her brother Jon, who disappeared at age 47 during a short trip to the city.

“My gut is telling me this is what happened to my brother,” she told the Sun.

“It’s the first time in five years the police knocked on my door,” Riley said. “I’m so gutted right now — this mix of anger and grief that for five years, my battle cry of ‘Where’s Jon? Where’s Jon?’ wasn’t heard.”