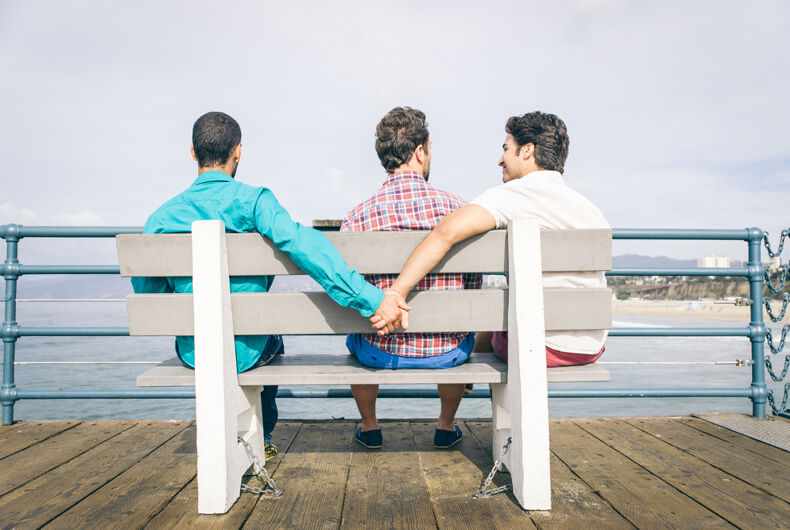 Of a thousand gay men questioned in a UK survey on sex and their relationships, more than half — 52 percent — said they had been unfaithful.

Even more — 58 percent — said a partner had been unfaithful.

FS, the gay health and life magazine in the UK, said it surveyed almost 1,000 readers on extracurricular activities outside relationships.

How reliable is a magazine survey? For us Yanks of a certain age, any mention of “magazine sex survey,” and we remember chuckling at the sex surveys in Cosmopolitan magazine. But FS is affiliated with GMFA, the gay men’s health charity in Britain.

Still, we have our questions about this. First… Just how did respondents define infidelity? The roundup was comprehensive:

OK, then. On to our next question… So how many of these guys were in open relationships?

A counselor at Terrence Higgins Trust, a British charity that provides HIV and sexual-health services, implied the survey results didn’t surprise him.

“I have come across a number of gay men that crave connection and deep intimacy but struggle with the vulnerability needed to create such a connection,” Tiago Brandao, the THT counselor said. “This leads them to look for intimacy and connection in all the wrong places.”

The survey then asked respondents about sexually transmitted diseases, and 26 percent said they’d gotten an STI from an unfaithful partner.

In the FS story, Ian Howley, chief executive of the UK’s Health Equality and Rights Organisation, said gay men are making the same mistakes as others in regards to communication, trust and boundaries.

“There’s a huge issue of gay men not being able to talk to one another about what they want sexually.”

He said he’s met many gay couples perfect for each other, but sexually they don’t work, or the the sex fizzled out.

“Of course, sex is important for any relationship to work,” Howley said, “but you cannot and never will be able to meet the needs of someone 100 percent of the time.

“And we’re foolish to put that pressure on ourselves.”

Why did Sean Hannity sexualize Obama’s portrait by a gay artist?