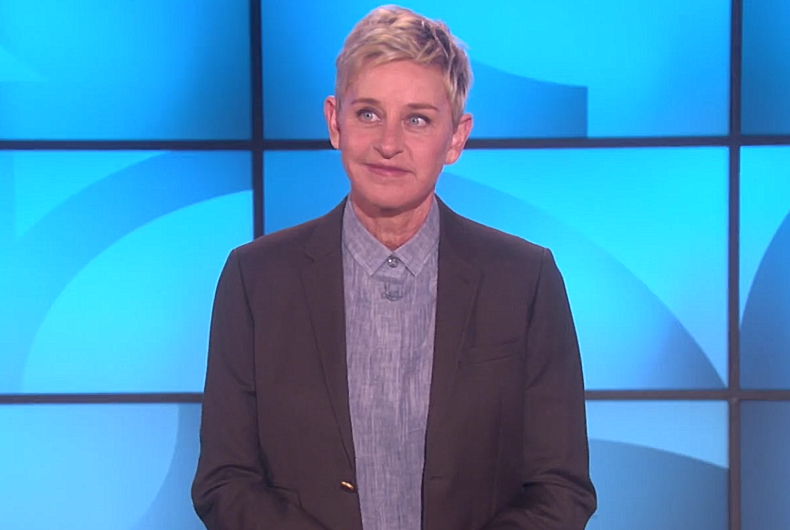 Ellen DeGeneres has stood up for Oprah after Donald Trump attacked her on Twitter.

Last Sunday, Trump wrote that an interview Oprah conducted of a panel of voters in Grand Rapids, Michigan, was “biased and slanted.”

Just watched a very insecure Oprah Winfrey, who at one point I knew very well, interview a panel of people on 60 Minutes. The questions were biased and slanted, the facts incorrect. Hope Oprah runs so she can be exposed and defeated just like all of the others!

Ellen responded by showing some clips that compared and contrasted Oprah and Trump. So who’s insecure?

Oprah was on Ellen, too, and she responded to Trump’s tweet.

She said that she had seven producers working with her who were trying to make the piece fair, and that she even asked them to include a comment from a Republican voter to make the segment more balanced.

“So I was working very hard to do the opposite of what I was hate-tweeted about,” she told Ellen.

But since when has logic stopped Trump’s Twitter idiocy?