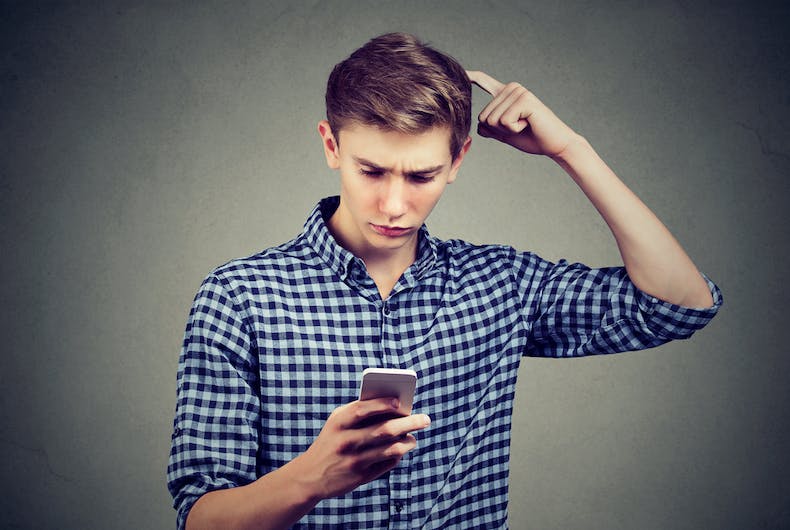 They want schools to post the Sixth Commandment on the signs outside their buildings – Thou shalt not kill. Except – and this is the genius part, you guys – they’re saying it as “You shall not murder” so now it’s not a Biblical quote, it’s just a “reminder.”

Except they want administrators to take a photo of it and send it to social media with the hashtag #Number6, so that kinda blows the cover, doesn’t it?

Joe.My.God. has the press release that’ll leave you shaking your head.

American Family Association is asking every school in the country to put this statement on their school marquee or school sign for one week: “You shall not murder.”

While the country is discussing gun control laws, we think our young people should also be reminded that innocent human life is precious. Murder is against the law in every state, and these four words also emphasize that it’s morally wrong.

Schools regularly use words to encourage and discourage behavior. We tell students, “Say no to bullying,” “Don’t text and drive,” and “Say no to drugs.” In light of the increasing violence in our schools, let’s send the clear message, “You shall not murder.” This is the sixth of the Ten commandments.

AFA wants every school in the country to put this statement on their school marquee for one week: You shall not murder. While the country is discussing gun control laws, our young people should be reminded that innocent human life is precious. https://t.co/fgumeml7l9 #Number6 pic.twitter.com/lUeSNwdtwz

Ellen came out swinging at Donald Trump after he insulted Oprah