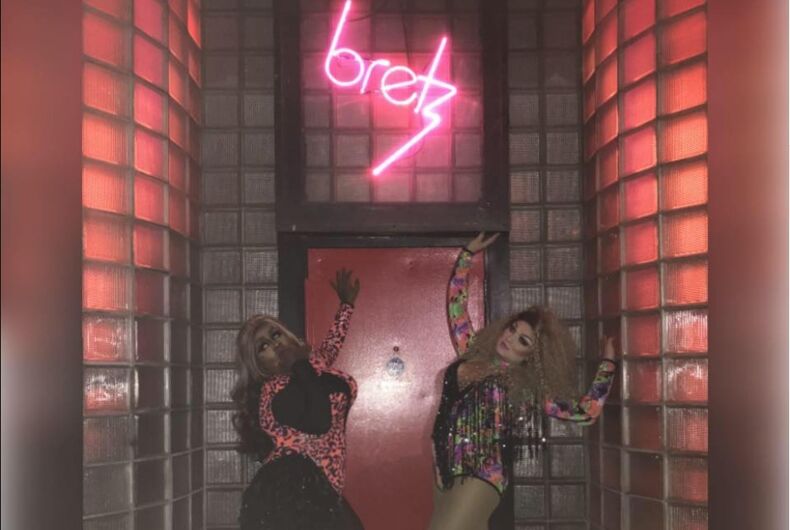 An anti-LGBTQ Christian group has purchased one of Ohio’s oldest gay bars.

Bretz Nightclub, in Toledo, closed in late December. The Greater Toledo House of Prayer purchased the building on January 3, for $148,000. The group is affiliated with the International House of Prayer.

They are open about their anti-LGBTQ views, which are laid out as part of their statement of belief, wherein they say they “oppose and prohibit living in, practicing, condoning, or supporting sex outside of marriage, adultery, homosexuality, bisexuality, bestiality, incest, gender identity different than the birth sex chromosomal level, pornography, or other sexual immorality.”

It also states that a “person’s rejection of his or her biological sex is a rejection of the image of God as reflected the person.”

Some have speculated that the group was even behind the closing of Bretz, a rumor it has denied.

“Public statements have been made suggesting that GTHOP was itself involved in the closing of the nightclub, however this is not accurate,” the group’s board of directors said in a statement. “GTHOP is a prayer and worship ministry, where individuals and worship teams commit to maintaining a climate of worship and prayer in the Toledo community.”

Bretz had been a gathering place for the community for decades, and the loss was already great before the news came that a group who harbors hatred toward them was moving in.

The neighborhood, The Village On Adams, has assured the public that the area will remain LGBTQ affirming, and stressed that it was “heartbroken” at the closing of Bretz.

“A number of people reached out to me because they felt insulted or upset that the church would choose that location to make their purchase and move into on Adams Street,” Nick Komives, an at-large city council member in Toledo, told the local NBC affiliate.

“There are a number of other options that they feel were available and they didn’t pursue. I think everybody is more curious about what their intent is with the space, and I think that is a reasonable question to ask.”

Another far-right Christian group with ties to the Greater Toledo House of Prayer, called Agora Toledo once had plans to demolish a former abortion clinic and put a memorial garden to the unborn in its place.

Mike Bickle, who leads the International House of Prayer, has said that gay people are opening themselves up to demonic possession, and has floated the idea that Oprah Winfrey is the harbinger of the Antichrist.

This transgender woman was discriminated against by Walgreens. She fought back & won.