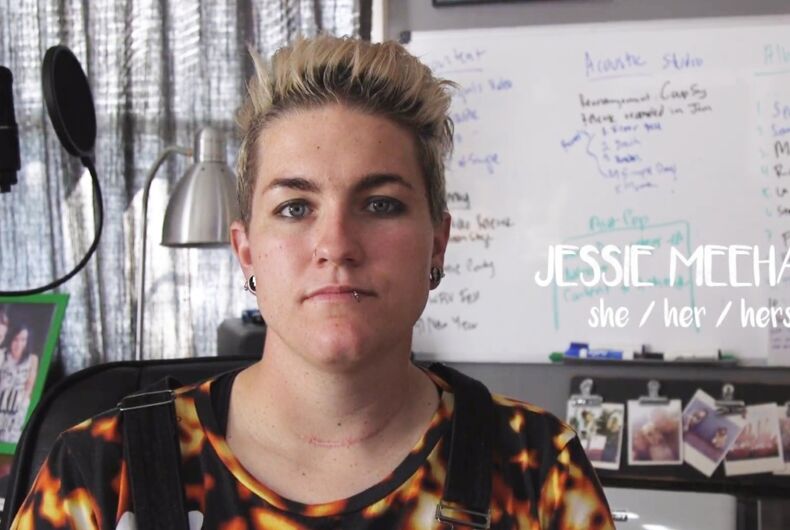 Walgreens has announced it will change its bathroom policies after a transgender woman was discriminated against while trying to use the women’s facilities in Hollywood last year.

While on her way to LA Pride, Jessie Meehan stopped into a Walgreens store and asked an employee if she could use the bathroom. She said she was told she would have to use the men’s facilities because she “looked like a man.”

The ACLU of Southern California supported Meehan in her attempts to affect change, and it announced in a press release today that those efforts have been successful.

“Meehan ended up having to use a stall in the men’s room,” the statement recounts. “She was humiliated and upset. Afterward, she sought a change in the company’s policies.”

“Through her efforts, with the backing of the ACLU of Southern California, the Walgreens pharmacy chain with more than 8,000 stores nationwide adopted a policy to address bathroom discrimination,” it continues. “As part of a directive to employees, the company stated: ‘All individuals have a right to use restroom facilities that correspond to the individual’s gender identity.'”

Walgreens has long been seen as an LGBTQ friendly company, earning a perfect 100 on the Human Rights Campaign’s Corporate Equality Index for 11 years running. The company even partnered with HRC in 2016 on a resource guide aimed at helping pharmacists give better care to the community.

Meehan had that same positive view of Walgreens before the incident.

She expressed her upset in an email to the company.

“I had to go so I didn’t put up much of a fight and used the stall while the men used the urinals next to me,” she wrote. “This in itself was very humiliating for me and I felt extremely uncomfortable.”

Sadly, the situation could have been even worse, as trans people often find themselves victimized when they are forced to use facilities that do not match their gender identity.

Meehan went to Pride as planned, and found her way to the ACLU’s booth, where she recounted what had just happened to her.

She had had enough.

“Everyone needs safe restroom access, and California law protects every person’s right to access restrooms based on their gender identity in workplaces, schools, and business establishments,” said Goad. “It’s important for businesses to make sure their employees understand that requirement, just like Walgreens is now doing, because Jessie Meehan had the courage to stand up for her rights.”

The company’s directive can be found online.

A video by ACLU SoCal about the situation and the successful efforts follows.

When the Trump administration goes down, it’ll be because Don Jr is an idiot