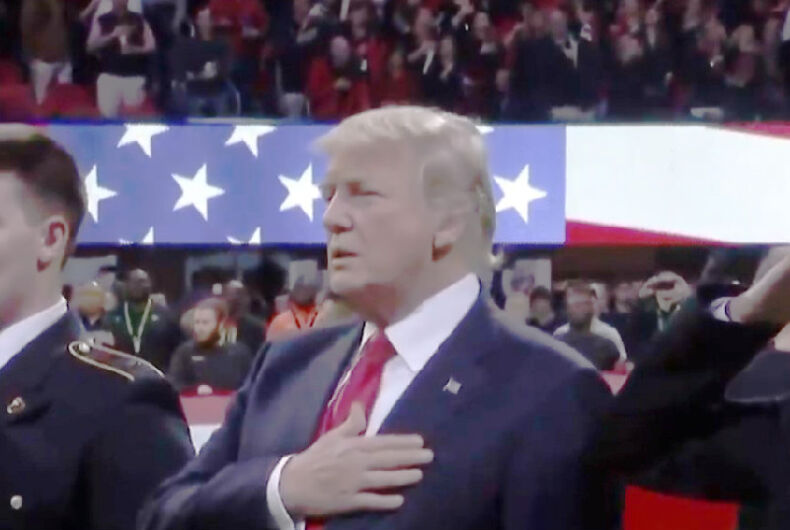 For all his denouncements of black athletes kneeling during the National Anthem to protest police violence against people of color, it would appear that President Trump doesn’t actually know the lyrics to the song.

At last night’s college football championship game between Alabama and Georgia, Trump took the field to join in the singing of the National Anthem. And with television cameras aimed squarely at him, the president mumbled his way through the words – when he actually moved his mouth at all.

Joe Jervis from Joe.My.God. put it best in his response to Sarah Palin’s praise of the obvious faker.

Standing proudly, belting the lyrics, holding his hand over his heart, the President reminded the nation how a… https://t.co/COELfnPEiG

"Standing proudly, moving his mouth like a drag queen hearing a song for the first time…." https://t.co/vi1rqZ9bl4

Seeing Trump sing the National Anthem reminded me of this👉 https://t.co/cvPWTLghDT

Oh how I love you, @eddieizzard.