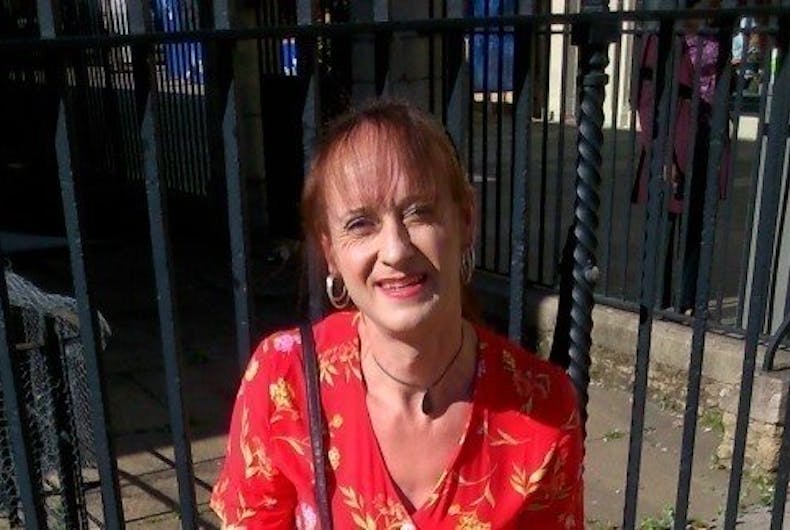 Friends of a transgender woman received a letter that said that she is willing to die if the government doesn’t recognize her gender.

Marie Dean, 50, is being housed in a male facility in northern England even though she has been diagnosed with gender dysphoria. Guidelines for prisons in the UK state that transgender prisoners should be evaluated for three days and then housed in a facility that corresponds to their gender identity if there is no reason not to.

She says that her prison sentence is a “nightmare,” and that she’s being denied access to make-up, appropriate clothes, and an epilator and faces harassment from other prisoners.

Even when she was briefly released before being called back to prison, she was housed in a male hostel where a man threatened to stab her, according to friends.

Dean’s letter says: “I decided yesterday that I don’t want to be alive any more. I stopped eating and drinking and should die in about three, maybe four weeks. I think three [transgender] girls have killed themselves now, but I think they did it too quickly. I remember Bobby Sands years ago, not eating and drinking until he died. His belief drove him to succeed.”

Bobby Sands was a member of the Irish Republican Army who died on hunger strike in prison in 1981.

The letter came shortly after news of a suicide pact made by four trans women in a different male prison, where three of them killed themselves. The surviving woman, who changed her mind, said that they were “being bullied by members of staff and no one was listening to us.”

Dean was given an “indefinite” sentence for burglary and assault, which involved breaking into girls’ and women’s rooms and recording herself wearing their clothes. She has already served six years.