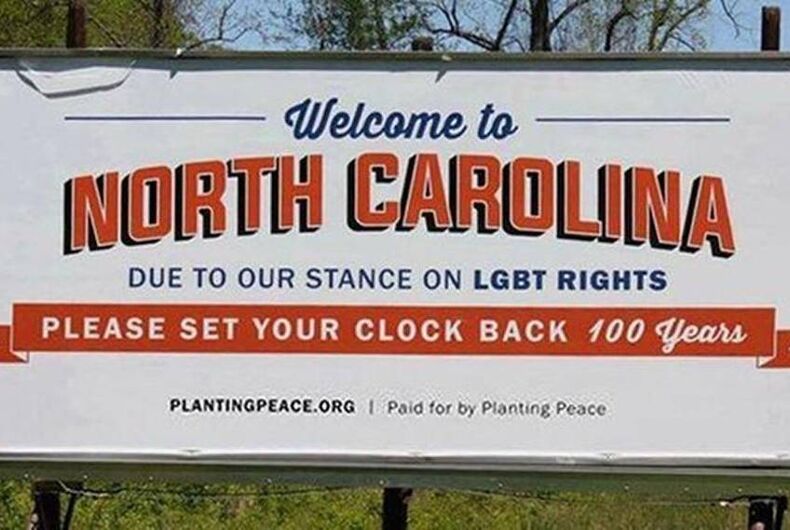 States are costing themselves billions of dollars by discriminating against the LGBTQ community.

The Daily Beast takes a look at the cost of not granting rights to the LGBTQ community, including the impacts from those communities having poorer mental health due to minority stress.

Citing research from The William Institute at the UCLA School of Law, the publication does a deep dive into just how much all the anti-LGBTQ sentiment is hurting certain states.

States lose money over boycotts, like the ones that took place in North Carolina after the passage of the anti-LGBTQ law HB2, but the issue runs much deeper than just the cancelling of events and the loss of jobs.

“The boycotts and stuff make headlines because they often involve big companies or famous people and that link is very clear,” Williams Institute State and Local Policy Director Christy Mallory told The Daily Beast. “But we’re trying to illuminate this other link.”

The Williams Institute estimated in May 2016 that HB2, now repealed and replaced with the nearly identical HB142, could cost the state $5 billion a year. While most of the boycotts have ended with the news of the HB2 “repeal,” many of the costs, like those related to minority stress, remain in a state that is still hostile to its LGBTQ citizens.

Among their recent findings:

“We’re not saying that the disparity is going to totally go away or that a certain law would completely close that gap, but we do say that these health outcomes that have been linked to minority stress do have a cause,” Mallory noted. “So we try to look at [the effects of] even narrowing that gap.”

The Williams Institute plans to continue its work tracking the economic impact of anti-LGBTQ laws and sentiment, telling The Daily Beast that a report on Arizona is coming in March, with two more to follow by the end of the year.