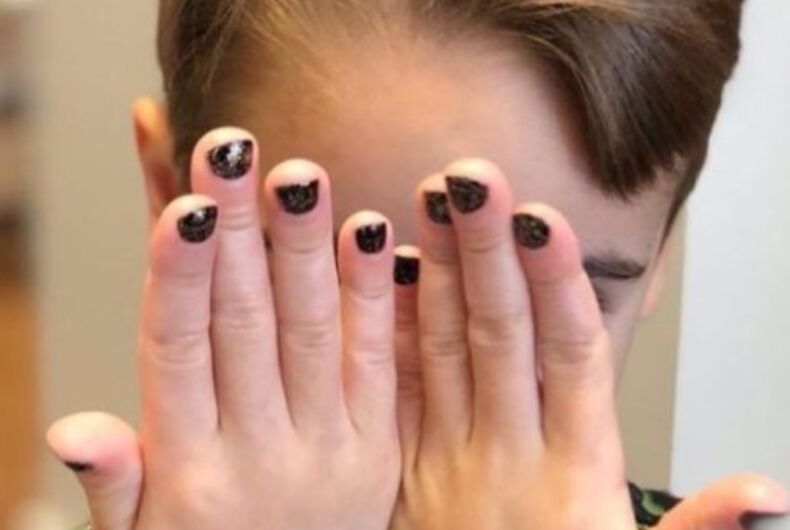 Actress Sarah Michelle Gellar delighted fans by sharing her adventure out with her five year-old son Rocky, as the pair got their nails done together.

Gellar shared photos from the manicure session on her Instagram stories and almost all of the comments were positive.

Gellar has two children with her husband, Freddie Prinze, Jr. They also have a daughter, Charlotte, born in 2009.

“I literally would have killed for this as a child,” said one.

“Sarah Michelle Gellar lets her son get his nails painted. If she isn’t mom goals, and an example of good parenting… Then, I don’t know what is,” wrote another.

Folks took to Twitter to praise the move as well:

Big mood: Sarah Michelle Gellar taking her 5 year old son to get his nails done to match his mother’s. pic.twitter.com/f88t7Vetgt

“The former Buffy the Vampire Slayer star took to social media to share her trip to get manicures with her son.”

Keep slaying, @SarahMGellar. Children should be free to express themselves — not forced to comply with gender stereotypes.https://t.co/MOEcGkTing

Trans military members are LGBTQ Nation’s Newsmakers of the Year