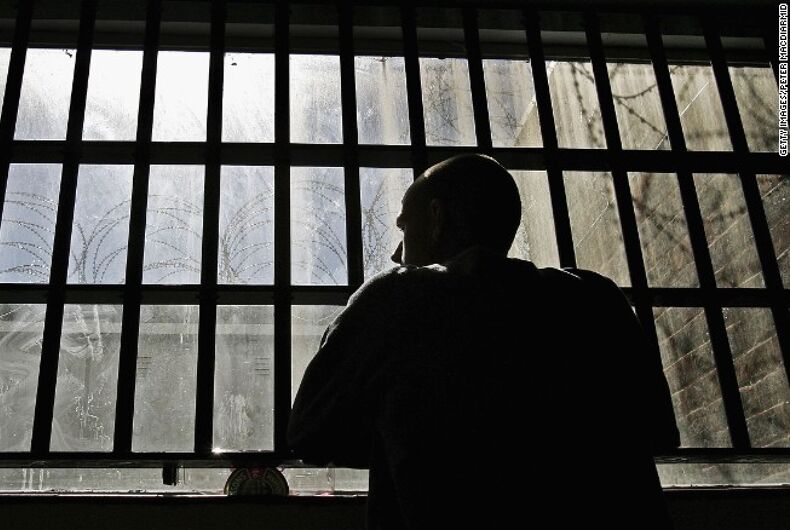 In a chilling case out of Colorado, a gay inmate has filed a federal lawsuit claiming prison guards knowingly set him up to be repeatedly raped by another inmate.

“This is malice. This is sadistic. They set him up to be beaten and raped and that is exactly what happened to him,” said Denver attorney David Lane, who is representing the inmate against the U.S. Federal Bureau of Prisons, reports The Denver Post.

The publication is not publishing the name of the 21 year-old plaintiff, as he is an alleged rape victim.

The lawsuit states that the inmate was threatened by a prison gang, called The Boys, and told that if he did not go into segregation he would be attacked because of his sexual orientation. It also says that when the victim went to guards with the issue, requesting to be placed in protective custody his request was not granted.

One of the prison guards just smiled at him, the suit claims, and officials asked gang members if what the victim was saying was true. While the majority of the gang members denied the allegation, William Mexican admitted that he had threatened violence against him.

Still, prison officials formally punished the victim, claiming he was being “deceitful” about the threats that would soon come to pass.

Mexican was indicted in federal court in March of 2015 on charges of sexual abuse by force or violence and assault resulting in serious injury, and who pleaded guilty to the assault charge.

The suit says that the threats were first made against the 21 year-old in August 2014, and just two months later he was placed in the same cell as Mexican, who proceeded to rape and beat him for three days straight.

A prison lieutenant told the victim he “didn’t give an (expletive) about doing safety checks before assigning cellmates,” before placing him with Mexican, who is said to have asked him if he was “nervous” in front of guards. When the victim confirmed that he was, Mexican told the guards he would be fine.

The victim said he pushed a “duress” button on numerous occasions but that no one came to his aide.

The victim is said to have been forced to clean his own blood from the cell walls and floor, and suffered injuries to his rectum, ribs, chest, left bicep and face. Further, an official who took him to the hospital reportedly laughed when he told him he had been beaten.

The suit says that Mexican claimed to have initiated the attack in order to let other prisoners know that he doesn’t condone homosexuality.

The victim is seeking compensatory damages for physical and emotional pain and suffering, in addition to a punitive award.

Studies have demonstrated that the LGBTQ community is more likely to be incarcerated, compared to their non-LGBTQ peers, and are also more likely to fall victim to sexual violence while behind bars.

It now appears that the Trump administration is looking to rollback Obama-era protections for transgender inmates that could make the situation even worse for that community.

Did a gay couple break Uber’s rules by giving each other a peck?