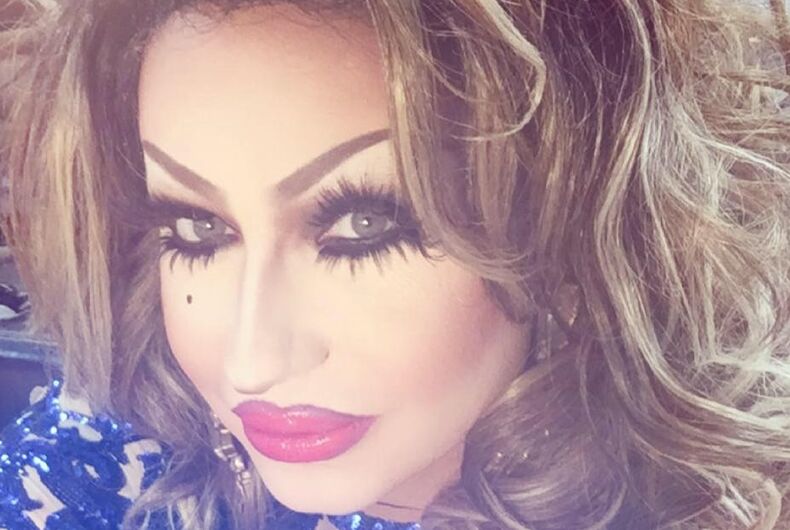 Racist Facebook posts written by the owner of an Atlanta gay bar surfaced. Yesterday, the bar’s drag queens walked out in protest.

Palmer Marsh, who owns Buckhart’s Pub, posted several racist messages on Facebook in 2015. One of them said that the South should have won the Civil War. Another called Barack Obama the n-word.

Marsh, 70, and his wife, Mary, have not commented on the Facebook posts or the backlash.

But LGBTQ community in Atlanta reacted, loudly. There was so much outcry that Buckhart’s closed its Facebook account.

Bar manager Doug Youngblood told 11Alive that business on Thursday night was half of what it usually is. “We are being boycotted.”

On Thursday, the drag queens said they were feeling the pressure from the community too.

“Even though the owner put those words out there, no one sees the owner. Everyone looks at what are the girls going to do. Are they going to leave, are they going to say something?” Shavonna Brooks said, adding that racism has been a recurring problem at the bar.

After a staff meeting on Thursday, entertainment director Phoenix announced that she and the other queens at Buckhart’s were all resigning. “It pains me and also terrifies me to say, that I’ve officially turned in my resignation, beginning now. Also, as a whole, all entertainers that are under my direction have turned in their resignation.”

Several of the queens posted messages on social media themselves, often discussing fears of what will happen to them without their income.

“I will not be used, nor will I help put money in someone’s pocket that finds it acceptable to use the N word toward any POC,” Evah Destruction posted on Instagram. “I’m terrified, because this was a large chunk of my financial income.”

PLEASE READ!! Just a quick update on my day yesterday: The owners of my home bar BURKHART’S PUB (in Atlanta, GA) that I worked for are racist Trump supporters that REFUSE to acknowledge or apologize for anything they’ve said or done these many years that the entertainment including myself have worked there. It was all brought to light recently, and as the faces of the bar we all collectively decided to leave as one last night after a tough meeting. I have spent a HUGE chunk of my career at that bar, I’ve made some life long friends, performed some of my best numbers, and made a great living. But I will not be USED, nor will I help put money in someone’s pocket that finds it acceptable to use the N word toward any POC period. Not to mention “proudly” stand behind our current president. Nope, I’m done. I’m terrified, because this was a large chunk of my financial income, but I’m optimistic that a lot of good will come very soon 💖 Thank you for your constant love and support you guys have always been so amazing xoxo By all means if you feel like helping me out LMAO my PayPal: [email protected] or Venmo/Cash App: EvahDestruction 🤣💖 Thanks you guys Here’s to the future 💖✌🏻✨

“When we wore the weight of the community on our shoulders this weekend, that didn’t feel good,” Shavonna Brooks said. “This is how we survive, this is how we feed ourselves.”

The bar closed early last night and a meeting was scheduled for today to discuss the controversy.

11Alive is reporting that the bar has been sold, but details of the sale have not been made public.