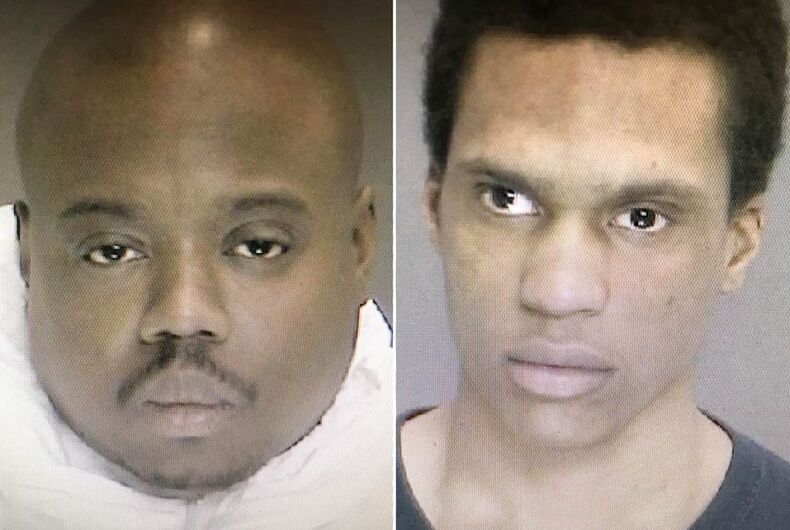 Police announced early this morning that two men were arrested for a quadruple homicide that claimed the lives of a lesbian couple and their two kids.

Justin C. Mann, 24, and James White, 38, both face four charges of first- and second-degree murder. They have both entered pleas of not guilty.

Shanta Myers, 36, her two children Shanise, 5, and Jeremiah, 11, and her partner Brandi Mells, 22, were found dead in their home in Troy, New York, the day after Christmas. Investigators believe they were killed the previous Thursday, December 21.

Their family got worried when they didn’t answer the phone, so they asked the property manager to check on them. Police arrived to find the four bound with their throats slit.

“Nobody that’s been involved in this case is going to forget this.”

Shanta’s oldest son Isaiah Smith, 15, was away when the murder happened, and he is the sole survivor in the family.

“I’m scared to go to the corner store,” he told the Albany Times-Union. “I’m not sure if they’re coming for me next.”

Police have not released many details about the crime, but Tedesco said that there were indications that the family was targeted.

Both Mann and White are from nearby Schenectady, which is where they were arrested. At a press conference held today, police say that they knew the victims but would not say how or discuss the motive because of the ongoing investigation.

Both Mann and White have a criminal records. Mann is currently on parole.

Tedesco said that he’s “confident” there will not be any more arrests in this case.

A preliminary hearing for Mann and White is scheduled for January 4.

Trump gives up: The military will start recruiting trans people on Monday