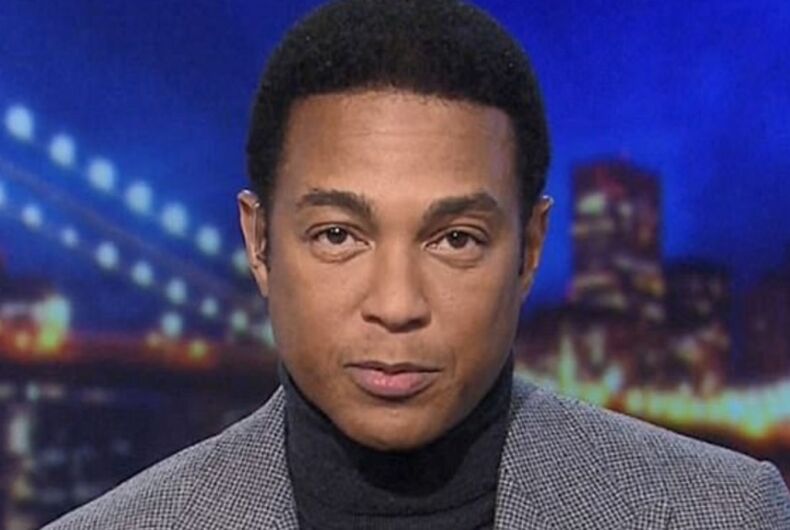 Don Lemon rocked a turtleneck on TV and everyone had a lot to say about it.Photo: Screenshot/CNN

CNN host Don Lemon rocked a turtleneck on his show Wednesday night and everyone took notice.

He drew comparisons with everyone from Ron Burgundy, to Archer, to The Rock, to ladies man Leon Phelps.

Don’t worry, he could see it too.

Others saw it as a strong throwback move.

Don Lemon has on a black turtleneck, a blazer, and is rocking his cookie-bush. Revolution threat level: orange.

Love your throw back 70’s attire tonight! You are one sexy man! Oh yeah and love watching you on CNN everyday?! pic.twitter.com/GcBTgkaKUn

That time @neildegrassetyson asked me if I’ve “decided just how much Afro I want to have.” #truth

What do you think? Did he pull it off?

This guy broke a gay man’s leg in a horrific attack. The judge gave him what he deserves.