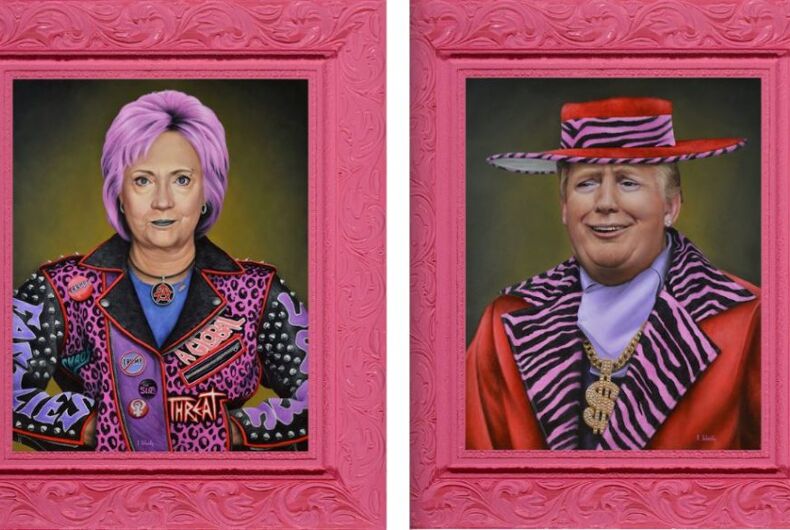 A painting of Hillary Clinton in punk attire set off security dogs at Art Basel in Miami.

Ahead of an Art Miami tent opening this past weekend, police shut down the area of two hours while they investigated, the Miami Herald reports.

Inside the crate dogs alerted on was a painting called “Punk Hillary,” with a portrait of Clinton sporting dyed hair, a studded jacket, and an anarchy necklace.

The painting was run through an X-ray machine, but nothing suspicious was found.

“We had to err on the side of caution,” said Fair Director Nick Korniloff.

The painting was shipped with another, called “Trump Pimp,” with the president decked out in a pink, zebra-print hat and coat, with a gold, diamond-studded dollar sign necklace. It had already been removed from the crate before the security check.

The works, created by Orlando-based artist Scott Scheidly, were listed at $4,000 each, and sold to a single collector.

Gallery owner Ken Hashimoto reported that police were unsure why the artwork caused the dogs to react, and provided a humorous theory.

“They have no idea,” he said. “My thought is a Republican bomb dog.”