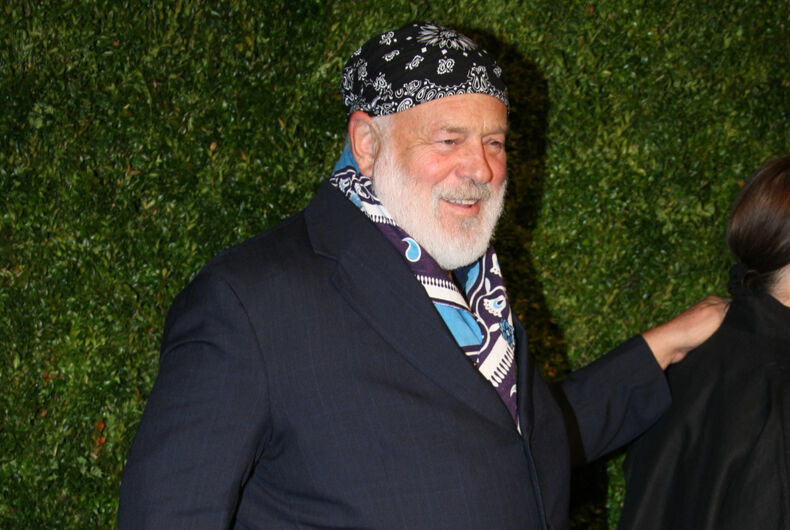 Fashion photographer Bruce Weber has been sued by a former model who alleges the celebrity shutterbug sexually assaulted him during a shoot. Model Jason Boyce filed the suit in a Manhattan court last week.

Boyce says the assault happened at Weber’s studio in 2014. Boyce was 28 at the time and Weber was 68.

According to court papers, Boyce showed up at the studio for a shoot that quickly went awry. Boyce alleges that after shooting a few photos, Weber straddled him and rubbed oil on his forehead, saying “You’re very tense.” Weber then instructed Boyce to strip down to his underwear.

Boyce says in the paperwork that he complied because his agent told him he needed to “nail this” since Weber was a major force in fashion photography. But when Weber told him to lose the underwear, Boyce balked – so the photographer reached out and yanked them down.

After taking some more photos, Weber “instructed Mr. Boyce to put his hands on himself, ‘wherever you feel your energy go,’” according to court papers. When Boyce started to rub his chest, Weber grabbed his hand and moved it lower.

“Mr. Weber grabbed Mr. Boyce’s arm, and moved it back and forth, so that Mr. Boyce was forced to rub his own genitals,” the lawsuit alleges. Weber then moved Boyce’s hand to his own crotch before putting the model’s fingers in his mouth.

Weber reportedly whispered to Boyce, “If you just had confidence, you’d go really far” and “How far do you want to make it? How ambitious are you?”

When Boyce didn’t respond, Weber allegedly dismissed him, saying “You know what? Put your underwear on. I think we’re done here.”

But before Boyce could exit, he says Weber forcibly kissed him without permission.

“Mr. Boyce, who had been photographed numerous times in the past, was then subjected to a series of practices by Mr. Weber that were unlike any he had experienced previously,” the lawsuit says. “Mr. Boyce felt intense dread at the thought of a modeling career in an industry where Mr. Weber was considered by many to be a top photographer and primary champion of male models.”

“He was worried that he would continue to run into Mr. Weber throughout his career. He experienced anxiety, depression, and high levels of stress.”

Boyce was dropped by his agent last year. The model alleges the agency helped Weber to procure young models who are desperate for help in the industry.

“Upon information and belief, Mr. Weber has engaged in similar conduct with other male models referred to him by Mr. Kanner [Boyce’s former agent] and Soul Artist, and Mr. Kanner and Soul Artist are aware of such conduct,” Boyce says in court papers.

Weber may be best known for defining the Abercrombie & Fitch look in the 1990s with his photos of mostly naked male models.

Are they about to reboot Fran Drescher’s ‘The Nanny’ too?