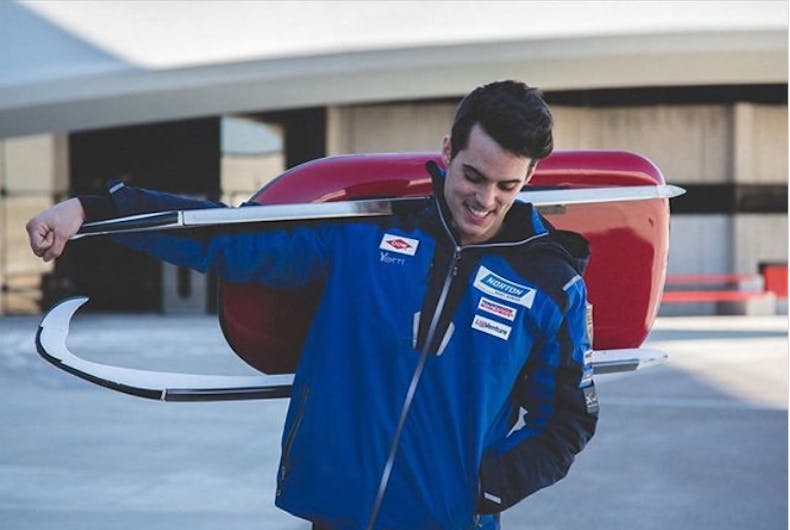 An openly gay Olympian has had his hopes of competing for Team USA in 2018 dashed as a result of a heartbreaking equipment malfunction.

John Fennell, a luger who came out as gay after competing for Canada in the 2014 Olympics, was in his qualifying run last week, when the runner on his sled snapped and broke off.

Heartbroken. Part of my sled broke off during my qualifying run, cutting my Olympic qualification. Seriously crushed to end like this.

Heading into that race, he was eight place, with the top 15 qualifying for the World Cup, reports Outsports. That race, held the following day, determined who would be representing the United States of America at the 2018 Winter Olympics in PyeongChang, South Korea.

Fennell has dual citizenship, and could have been the first openly gay athlete to compete for the USA in the Winter Olympics. Two other openly gay athletes who are competing for a spot on Team USA are freestyle skier Gus Kenworthy, and figure skater Adam Rippon, Gay Star News reports. Both must wait another month to try for the opportunity.

I can't believe it. Thank you to everyone bought, shared, and helped out. I funded my entire season because of you. Thank you so much. ❤️❤️❤️ #johncan18

In spite of the tough break, Fennell is finding reason to smile and move on, like a true champion.

Sometimes you just have to find a reason smile 😁 #headinghome #calgarybound

Exclusive: The LGBTQ movement is being funded by rich people

This gay priest came out at mass & got a standing ovation