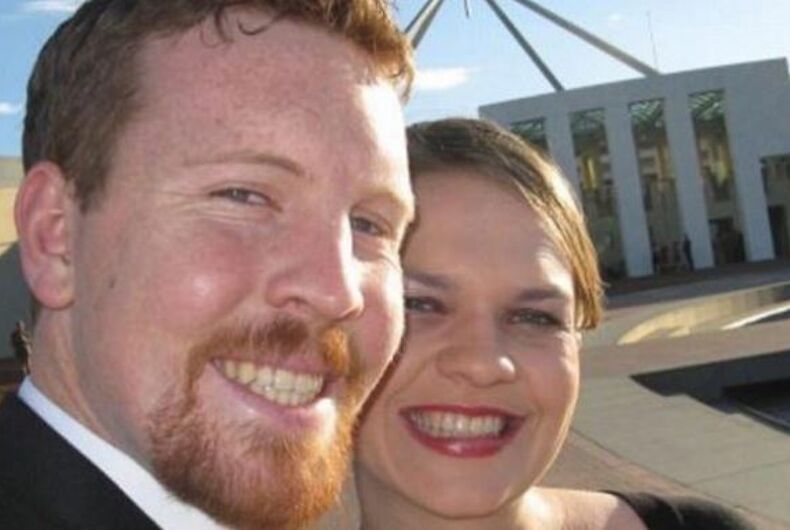 Nick and Sarah Jensen have said they will divorce if gay people get to marry too. Photo: Facebook

An anti-gay marriage Christian couple that made headlines in 2015 for saying if Australia legalized marriage equality they would get divorced has been forced to admit they were full of shit all along.

Nick and Sarah Jensen said that if gay couples could wed, it would be a redefinition so heinous that it would cause marriage to “have an altogether different sense and purpose.”

Nick Jensen was employed by the Australian Christian Lobby when the couple made the claim.

So now that Australia has officially made marriage equality the law of the land, will the couple stay true to their word and dissolve the union they now find essentially meaningless?

No, of course not, because they don’t want to have to be separated.

See, the whole plan from the beginning was to divorce but stay together. (Read: It was a stunt.)

My previous public comments regarding civil divorce never envisaged me separating from my wife, but rather our marriage from the State,’ he wrote.

The legislation currently makes it untenable for us to do this under the law.

The point we were highlighting and that still stands however is the fact that a redefinition of marriage changes the agreement under which we were originally married.