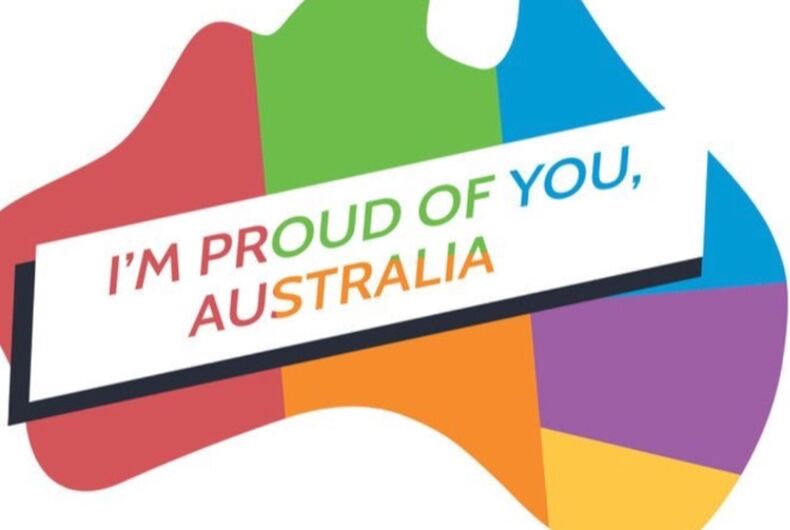 Celebrities and politicians worldwide are celebrating with Australians after the country’s parliament passed legislation to legalize same-sex marriage nationwide with overwhelming support from all political parties.

Earlier this year Australians voted in a postal survey about whether or not Parliament should give same-sex couple equal rights. Almost 62% voted in favor of marriage equality.

Australia is now the 25th country to legalize same-sex marriages.

Here is a sampling of some of our favorites. See some we missed? Leave links in the comments so we can add them.

What wonderful news to wake up to. Australia, you've made me so proud. 🌈 #marriageequality #lovewins https://t.co/5Uqzr1Fze3

Ain't it great to start the morning with goosebumps? Congratulations #Australia! #MarriageEquality https://t.co/LbxY2KheG9

You may now officially say “CONGRATULATIONS” to Australia on #MarriageEquaility 🏳️‍🌈🇦🇺

Australia i could kiss you 🌈🌈

Moving there to find a cute boy 🏳️‍🌈🏳️‍🌈

Love wins again! This is a history-making victory for not only Australian citizens, but all people across the globe who believe in and fight for LGBTQ rights. Congratulations to all of the brave people who tirelessly worked to make the win a reality! #LoveWins #EqualLove 🏳️‍🌈 https://t.co/4UKwlhGQKL