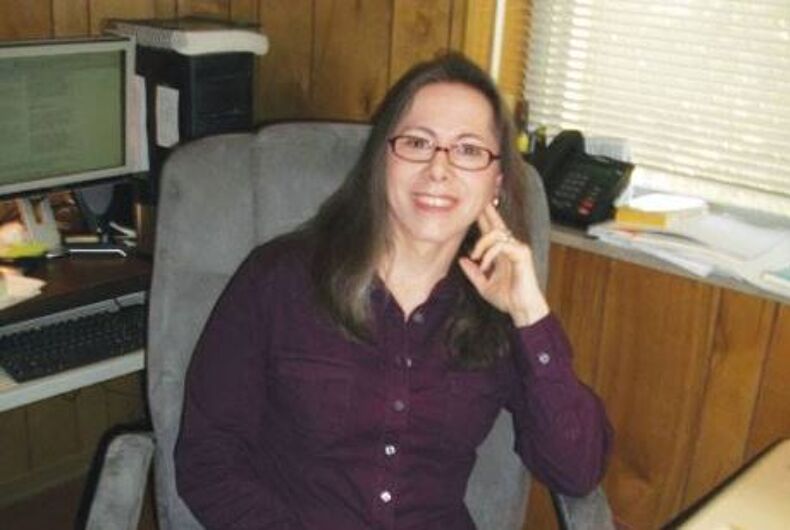 A former professor has been awarded a $1,165,000 in a federal discrimination suit.

The jury agreed with Tudor’s claim that she was denied tenure due to her gender identity, as well as a chance to reapply due to her previous complaints of discrimination. She reports having her appearance policed and being limited to use of just one bathroom on the school’s campus.

The complaint stretches back to 2010, and in 2014 the Obama administration’s Justice Department, under Attorney General Eric Holder, announced it would interpret Title VII as covering gender identity. It then filed suit against the university in 2015, with Tudor joining in her own capacity.

The Trump administration’s Justice Department, under Attorney General Jeff Sessions, settled with the university, and last month it withdrew from the case. Sessions has since issued a memo stating that the Justice Department under his watch will no longer interpret Title VII as covering transgender individuals.

Transgender Legal Defense Fund executive director Jillian T. Weiss, who represented Tudor in one portion of the case while she was still in private practice, celebrated the victory but lamented that it took as long as it did, as well as the pain it caused her former client.

“We can win even when the government is not recognizing our rights — we can take on the US government, and take on state governments, and we can win,” Weiss said. “Transgender people are protected from discrimination and employers should take notice, whether the government is on your side or not.”

Masen Davis, CEO of Freedom for All Americans, was celebratory in a statement.

“Today’s news is a tremendous victory for Rachel and the many transgender people across America who face discrimination at work,” Davis said. “Across the country, courts are increasingly reaching the conclusion that sex and gender stereotyping is a form of sex discrimination and therefore illegal under Title VII. Employees should be judged solely on their work ethnic and performance — no one should fear being treated differently in the workplace because of who they are. We applaud Rachel’s bravery for coming forward and we hope others who face discrimination are similarly brought to justice.”