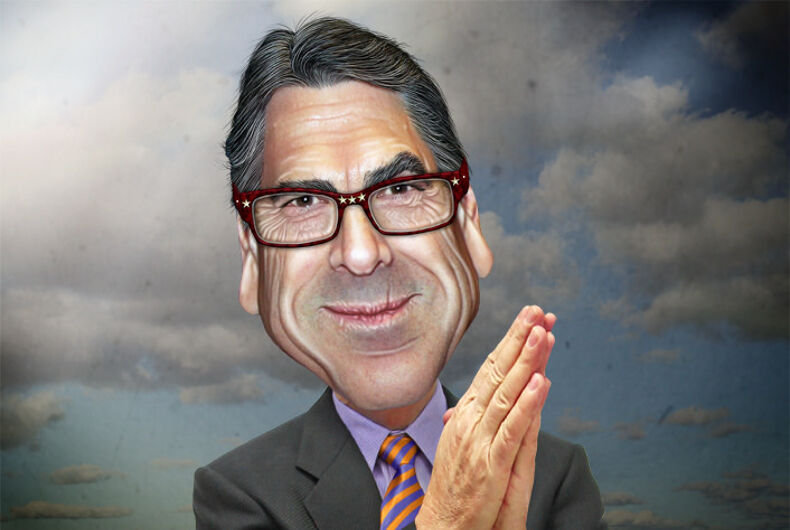 From Harvey Weinstein to Kevin Spacey, the nation has been talking nonstop about sexual violence, assault, and all around bad behavior by men behaving like assholes. Energy Secretary Rick Perry – best known for his incredibly stupid gaffes and awkward turn on “Dancing With The Stars” – entered the fray today as only he could.

“But also from the standpoint of sexual assault, when the lights are on, when you have light that shines, the righteousness, if you will, on those types of acts,” Perry said at an energy policy event organized by Axios and NBC News. “So from the standpoint of how you really affect people’s lives, fossil fuels is going to play a role in that. I happen to think it’s going to play a positive role.”

Perry, a former Texas governor in the pocket of the oil industry, repeatedly stated during his campaigns for president that he would eliminate the Energy Department altogether. So it will probably come as no surprise that he also told the audience he thinks “the science is out” on whether or not humans are causing climate change.

Is Caitlyn Jenner dating a model nearly five decades younger than she is?