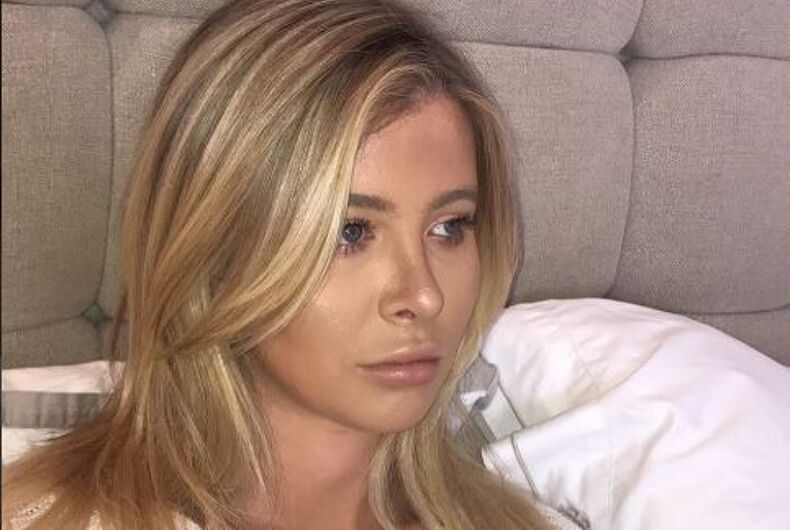 The pair have been spotted out and about together on numerous occasions, including recently at the Los Angeles International Airport, headed to Cabo San Lucas, Mexico.

10/3/17- On Monday, Caitlyn embarked on some retail therapy with friend Sophia Hutchins, in Malibu, California. pic.twitter.com/ElIyxQ8pUe

Jenner, who is estranged from ex-wife Kris Jenner, previously discussed her future dating prospects on her reality show “I Am Cait.”

“To be honest with you, I can’t see myself dating women in the future. I’ve been there done that. I’ve got three very strong ex-wives. I just don’t see it,” she said.

“If I was in a relationship with a guy, I would enjoy being treated like that—opening doors for you, doing all what you think is the traditional stuff in a guy and a girl relationship,” she added. “They have to be a very special guy to be able to do that.”

40 years ago my therapist asked me what my fantasy is. I told her walking on the beach being my authentic self and…

Morning coffee with a view 🌅