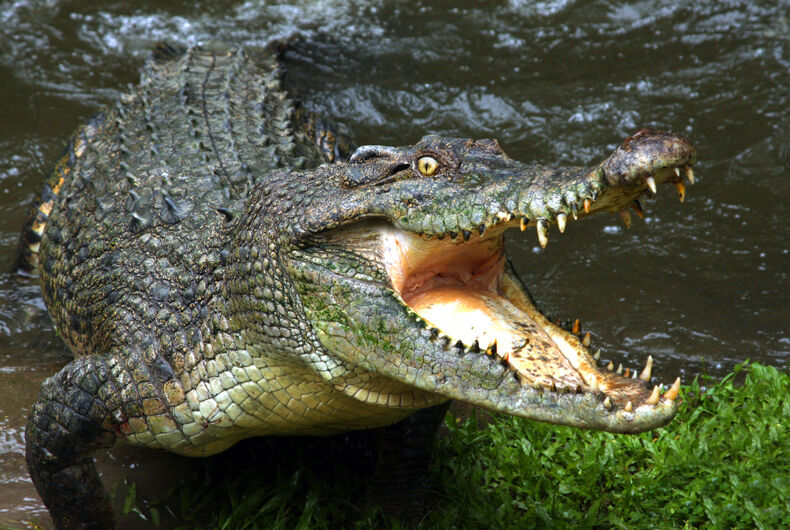 It started out nice enough. Conservative Australian politician Bob Katter opposed the country’s recent postal vote to legalize same-sex marriage down under, but he was rather gracious at the start of a recent interview.

But halfway through, Katter’s face and tone twist into something much more hateful and bitter as he heads straight down the path into Crazytown.

Watch as Katter contorts not only his face, but logic itself as he explains his priority will be on crocodile attacks instead.

As the ABC pundit says, “He makes a very compelling point.” We’re just not sure what it is.

In case you missed it, here's Bob Katter's alternative view on the #samesexmarriage debate. Thanks for watching. #Insiders #auspol pic.twitter.com/iObsR1tDs1

Where are all the good men when we need them most?