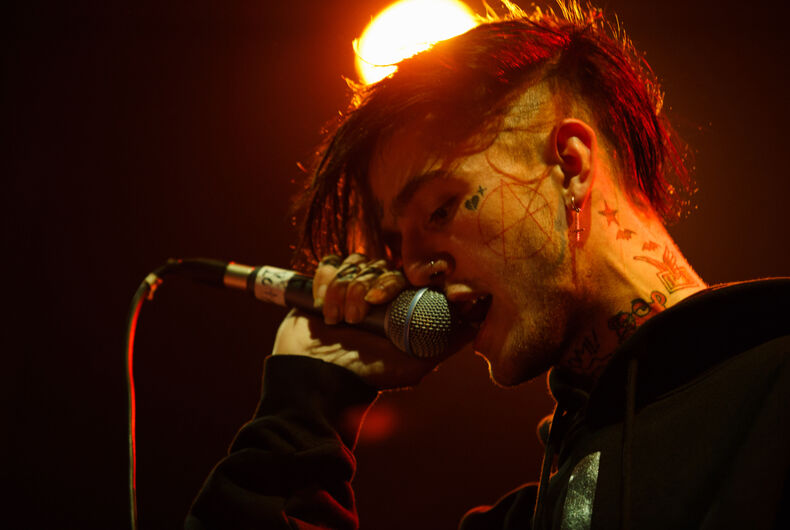 Bisexual emo-rapper Lil Peep has died according to the entertainer’s manager. The 21-year-old performer came out as bi in August on Twitter.

The rapper posted a video to Instagram online hours before his death saying he had taken prescription drugs and other substances, but told viewers, ““I’m good, I’m not sick.”

Sarah Stennett, the CEO of First Access Entertainment, a company who partnered with the rapper last year, said “I am shocked and heartbroken. I do not believe Peep wanted to die, this is so tragic. He had huge ambition and his career was flourishing […] I have spoken to his mother and she asked me to convey that she is very, very proud of him and everything he was able to achieve in his short life.”

The entertainer, who’s real name was Gustav Åhr, had a history of drug abuse and depression.

Tributes have been pouring in from his fellow rappers and entertainers including Fall Out Boy singer Pete Wentz who shared his grief in a series of tweets.

“No. Not Lil Peep,” Wentz wrote. “There’s something about this that hurts a little bit more… When I talked to him on [Instagram] I felt so connected. Tough to process.”

I cant even believe this. We were just talking last week about working on a song together and now you’re gone. You will be missed, R.I.P. @Lilpeep 😪 pic.twitter.com/GQRJe8Vck0