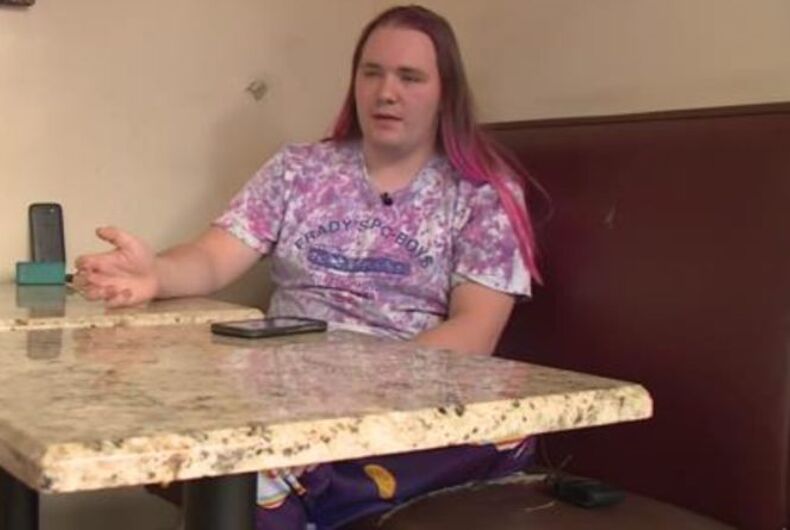 Ja Du is a Filipino transgender person – or at least they say they are. In a case reminiscent of Rachel Dolezal, a white woman who claimed to be an African-American, Ja Du is white.

WTSP in Tampa Florida reports on Ja Du’s strange decision to self-determine their race as well as their gender identity, saying Ja Du has always had a fascination with Filipino culture.

Ja Du was born with the name Adam and while the article uses male pronouns, it is unclear which pronouns they prefer currently. We have used gender neutral pronouns to describe Ja Du.

“Whenever I’m around the music, around the food, I feel like I’m in my own skin,” Ja Du said. “I’d watch the history channel sometimes for hours you know whenever it came to that and you know nothing else intrigued me more but things about Filipino culture.”

The news station turned to Dr. Stacey Scheckner, a psychologist who works with transgender people, for some insights into Ja Du’s case and others like him.

“If someone feels that they feel at home with a certain religion, a certain race, a certain culture, I think that if that’s who they really feel inside life is about finding out who you are. The more knowledge you have of yourself, the happier you can be,” she said. “And, as long as it’s not hurting yourself or anyone else, I don’t see a problem with that.”

Ja Du has told their family that they are transgender, but hasn’t told them about being transracial, fearing they will laugh.

“If that’s who they are and they want to celebrate it and enjoy it, then you have to think what harm is it doing? All they want to do is throw themselves into that culture and celebrate it,” Dr. Schneckner told WTSP. “I think before we get offended, we need to take a step back and think about what is the harm.”

Dolezal was exposed as white while serving as president of the Spokane, Washington chapter of the NAACP. Dolezal used makeup and traditionally black hairstyles to portray herself as an African-American instead of a white ally.

Someone shot up an LGBT advocacy group in Oklahoma