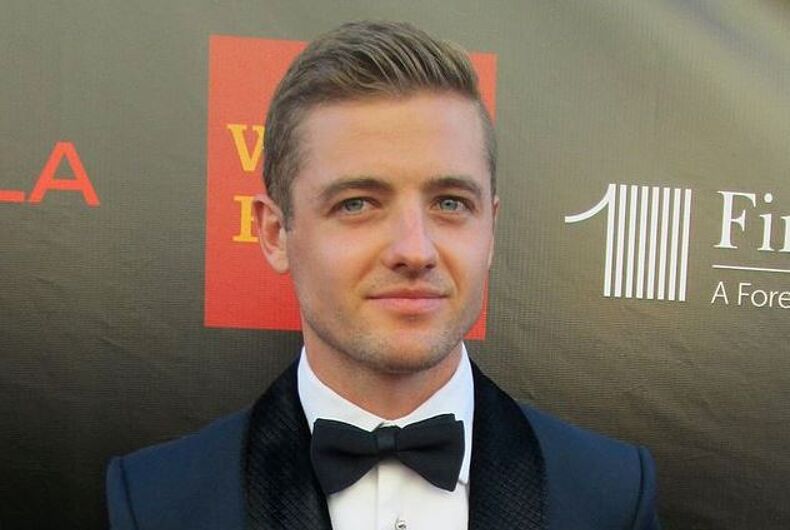 Robbie Rogers, who came out in 2013, has announced his retirement from soccer.Photo: Greg Hernandez via Flickr

LA Galaxy defender Robbie Rogers announced his retirement from professional soccer yesterday, through his Instagram, and the team’s website.

Rogers came out as gay in 2013, making him the first openly gay male athlete in a major U.S. sport.

“My happiest years as a player are the ones where I could walk through the stadium at the end of games down the tunnel to my partner and son waiting for me at the other end,” he said in his announcement.

He added that he only wishes he would have come out earlier.

“I wish I could have found the courage that so many young individuals have shared with me in the past five years to live honestly and openly as a gay person,” he continued.

“These are the young people that inspired me to overcome my fears and return to playing. They’re still the kids that send me letters every week. To those kids, I say thank you. My proudest accomplishment in my career is helping to create a more open sport for you.”

“None of this would have been possible without my teammates and brothers on and off the field, without the LA Galaxy and Bruce Arena who saw me as another player and not a distraction, or without the fans who judged me for my work ethic and my play and not my sexuality,” he said.

“Robbie Rogers has been an integral part of our club and our community since he joined the LA Galaxy in 2013,” said Chris Klein, LA Galaxy President.

“During his time in Los Angeles, Robbie has been an elite athlete and a good teammate. He helped lead our club to a championship in 2014 while breaking barriers and being a force for positive change in our sport and in our community. We want to thank Robbie for his time with the LA Galaxy and wish him the best of luck in the next step of his career.”

“And finally, it couldn’t have been possible without my family, who loved me through all of my ups and downs and always supported my dreams and still do,” Rogers continued in his annoucement.

“Lastly to all of the women and men who are still frightened to share their truth with the world, I’d encourage you to come out,” Rogers suggested. “By sharing who you are you will not only be improving your own life but inspiring and literally saving the lives of young people across the world. You deserve to take that same walk, down the players tunnel and have your own partner or loved ones waiting for you.”

“I could never have imagined the happiness I’ll take with me into retirement and into my next chapter,” Roberts concluded.