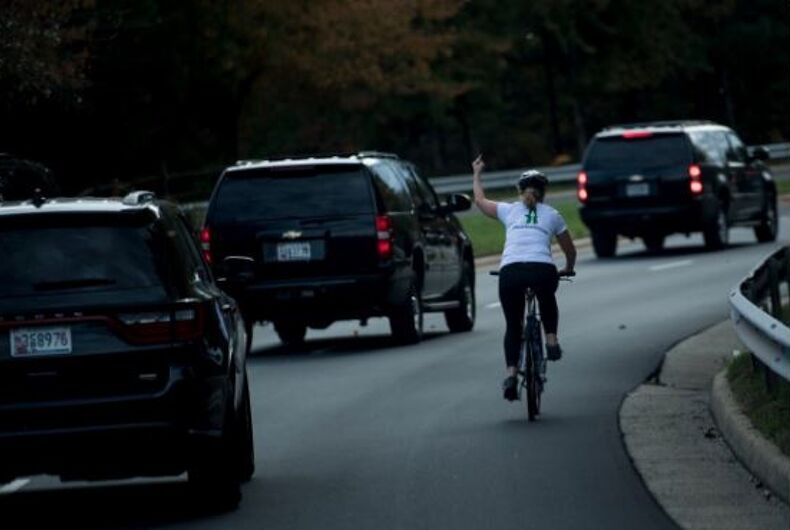 A woman on a bicycle gave the finger to the presidential motorcade, instantly winning over the hearts and minds of millions.

Trump was leaving Trump National Golf Club, in Sterling, Virginia, on Saturday afternoon, when she made her feelings known as they passed. It is not known whether or not the president saw the one finger salute.

“POTUS’s motorcade departed the Trump National Golf Club at 3:12 pm, passing two pedestrians, one of whom gave a thumbs-down sign. Then it overtook a female cyclist, wearing a white top and cycling helmet, who responded by giving the middle finger,” according to a report from The Guardian.

“The motorcade had to slow and the cyclist caught up, still offering the finger, before turning off in a different direction. Motorcade is now gathering speed and heading for DC.”

Another woman was photographed holding an “Impeach” sign as the motorcade entered the golf club.

Someone tried to bomb a gay nightclub in Puerto Rico