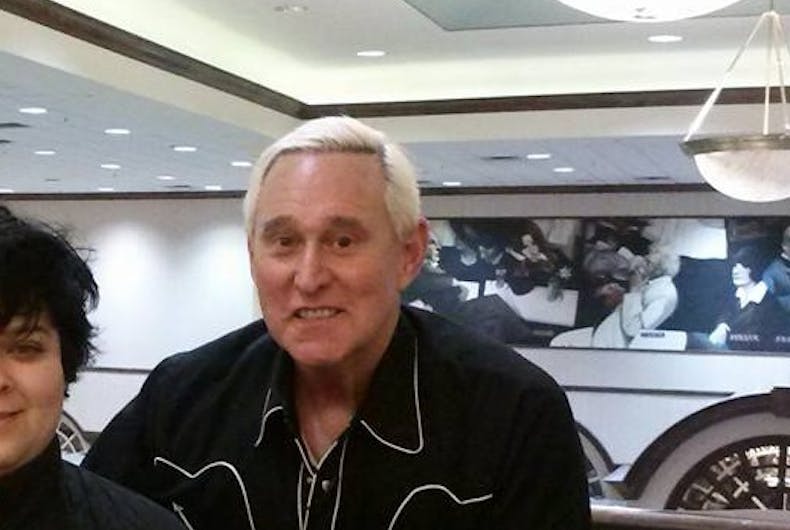 Roger Stone has spent his life helping Republicans campaign, with a career that started in the Nixon Administration. This weekend, the “political dirty trickster” went on a Twitter tirade that got his account suspended.

On Friday, media outlets reported that a grand jury in Washington, DC, approved federal charges in special counsel Robert Mueller’s investigation into collusion between Donald Trump’s presidential campaign and the Russian government. Since the charges are still sealed, it is unknown who is being charged and for what.

This news did not sit well with Stone, who worked for the Trump campaign as an advisor. He went on Twitter and insulted journalists who were reporting on the charges, including out CNN journalist Don Lemon.

Stone wrote, “stop lying about about the Clinton’s and Uranium you ignorant lying covksucker !!!! You fake news you dumb piece of shit.”

He also tweeted at Lemon, “you come across on tv as a dull witted arrogant partyboi. You lie constantly and no one who knows you thinks you r bright” and “must be confronted, humiliated, mocked and punished. Dumber than dog shit.”

And CNN’s Jake Tapper. “must be held accountable for his lies and very severely punished #Fakenewsasswipe.”

As well as CNN’s Ana Navarro. “When AT&T aquires Time Warner the house cleaning at CNN of human excrement like @donlemon @jaketapper & dumbfuck @ananavarro will be swift.”

Is this outburst Stone himself protesting too much? A sign that he is facing charges, or perhaps should be?

In the immortal words of Peggy Noonan, it would be irresponsible not to speculate.

The journalists, though, appear unfazed.

Can you hear me playing my little violin for him?? https://t.co/WOfRIBVplC

Coming out from behind the lens: How one lesbian’s photos captured the rise of gay rights