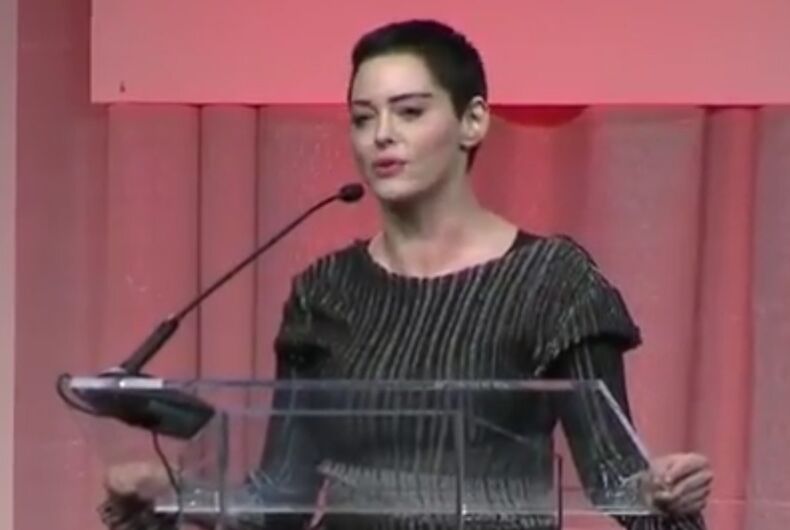 Actress Rose McGowan gave a speech at the Women’s Convention in Detroit.

McGowan, who the New York Times reported reached a $100,000 settlement with producer Harvey Weinstein in 1997, said earlier this month that Weinstein raped her. For the past month she has been outspoken about sexual harassment and assault in Hollywood.

She also talked about how Hollywood maintains patriarchy. “Hollywood may seem like it’s an isolated thing, but it is not, it is the messaging system for you mind. It is the mirror that you’re given to look into,” McGowan said.

“This is what you are as a boy, girl, gay, straight, transgender. But it’s all told through 96% males in the Directors’ Guild of America. That statistic has not changed since 1946.”

Republicans are trying to lower taxes on the super-rich… again