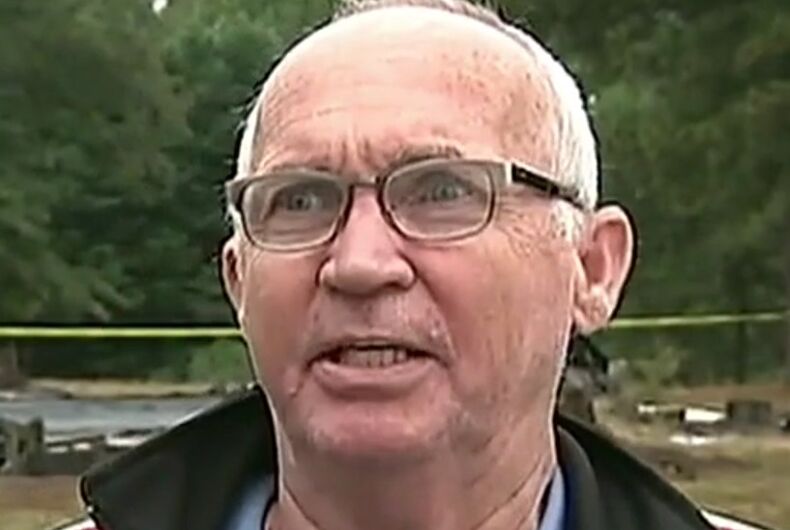 A building owned by a gay couple burnt to the ground yesterday in a fire police are calling “suspicious.”

Tim and Neil Griffin owned a 3000 square-foot building in Pageland, South Carolina, right behind their home. They were planning to use the building as a space to prepare for the annual Miss Pageland pageant that they run.

The building included a rehearsal space and a pool table. Thousands of dollars of pageant supplies, like dresses, have been destroyed.

The Griffins woke up at 2 AM Friday morning, smelling smoke. The building that burnt down is several feet from their home.

“By the time the fire department got here, the building was 80 percent, 90 percent gone,” Tim said. “It went down just like that.”

The building was new and did not have power yet, which is why police have already labeled the fire “suspicious.” Police have not determined the cause of the fire and have not yet said whether it is a hate crime.

The Griffins received threats on social media, and they reported them to the town and asked for an investigation. The town has confirmed that it received a letter and screenshots of threats from the Griffins but have not said what steps they took to investigate the threats.

They think that people were trying to run them out of town.

Why is LGBTQ History Month important to you?

Gay conservatives shocked that the Trump Administration is anti-LGBT