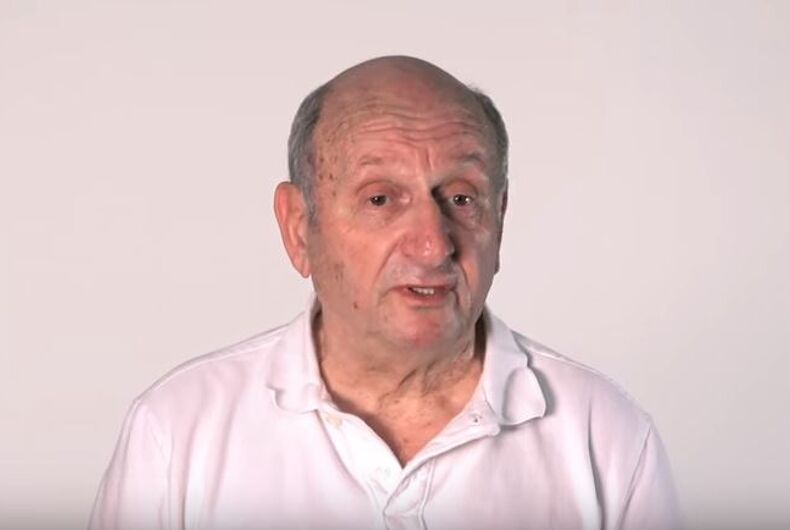 Mel Heifetz is committed to making a difference for the LGBTQ community.Photo: YouTube

A generous donation of $16 million from a philanthropist in Philadelphia to LGBTQ causes is projected to have a huge impact on the community for decades.

Mel Heifetz, 81, the son of hairdressers who made his fortune in real estate, is turning over 26 of his residential properties to the Philadelphia Foundation. The group will then sell the properties, and place the proceeds, expected to be around $16 million, into an endowment, Philly.com reports.

The money will join Heifetz’s existing $4 million donor-advised fund at the Philadelphia Foundation, and the money will go toward LGBTQ causes.

Heifetz, who in 2015 paid off the William Way LGBT Community Center’s mortgage, hopes his generosity will encourage others to give as well. It is the fulfillment of a promise he made to himself as a young man: That if he was ever successful he would share that success with the community.

“I say, ‘Don’t give me your thanks, donate $25 to any organization that supports our community,'” he said. “If only we could get people to come forward and support our community, we would be a lot stronger and have a lot more representation.”

He stresses that it is as important now as ever, if not more so, due to the current political climate.

“We are literally under attack by our own government. The government and the unnamed person [President Trump] have hired people whose first requirement seems to be that they have to have a dislike for homosexuals, and they have to promise to do everything they can to exclude us from any benefits,” he said.

“The number of things they’ve already excluded us from — every day, they seem to add something else,” he added. “And I’m sure at the end of the list is gay marriage. One more appointment to the Supreme Court will probably fix that. And it’s a shame after spending your whole life wanting to see your community achieve the same equality everyone else has.”

And while money alone can’t fix the problem, his donation will be a huge asset in the ongoing fight for rights.

“This massive donation from Mel is a game-changer, and it will change LGBT advocacy in this region not just for decades, but for all time,” said State Rep. Brian Sims.