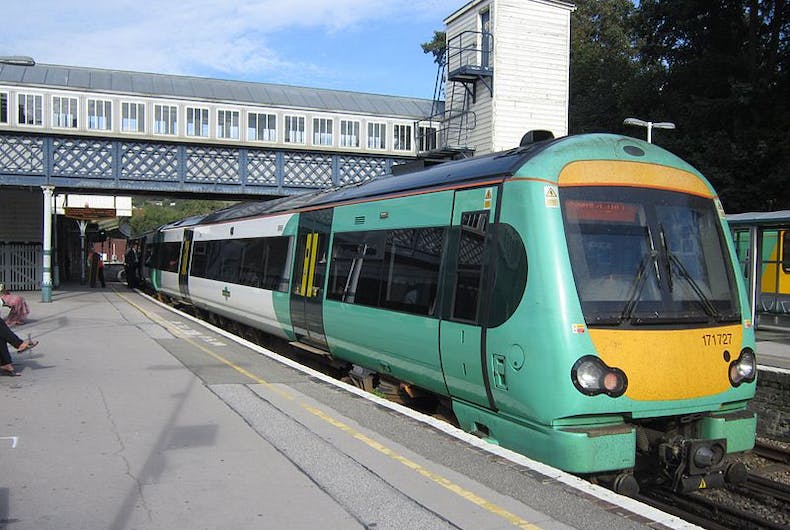 Passengers forced their way off a train in London yesterday after a man boarded and began reading homophobic Bible verses.

The South Western Railway line from Shepperton into Waterloo was affected by the incident, which occurred right outside Wimbledon station shortly before 8 a.m.

“He was quite well spoken and calm,” said passenger Ian O’Sullivan. “He said: ‘Ladies and gentlemen, I’d like to talk to you about something and that something is the word of the Lord, Jesus Christ. He’s here to heal your sins. The Bible tells you that homosexuality is a sin and sex before marriage is a sin. You need to repent.'”

While reports say many passengers were unconcerned, some began to panic, claiming they heard the main talk about “doomsday.”

Passengers forced the doors open and evacuated onto the tracks, causing delays.

“It suddenly became a Chinese whisper and [there was] panic,” O’Sullivan said. “It was quite a full train, but the area around him was suddenly quite empty.”

#DisruptionSWR **NEW** Due to customers exiting the train before it is at a platform at Wimbledon all lines are blocked.

Held up on a train to Waterloo, some nutter starts reciting verses of the Bible, causes a crush and a panic as people fear for their lives

He recited lines about homosexuality and sex outside marriage being a sin, God gave his only son for our sins etc. Some guy tried to tell..

“We were called at 8:31 am to a disturbance on board a train just outside Wimbledon station,” said a British Transport Police spokesperson. “Passengers had evacuated themselves off the train onto the tracks. We are currently investigating but there have been no arrests and there are no reported injuries.”

While this incident was resolved easily enough, passengers will likely find themselves facing long delays in days to come nonetheless. South Western Railway conductors today voted to strike over the role of guards on trains.