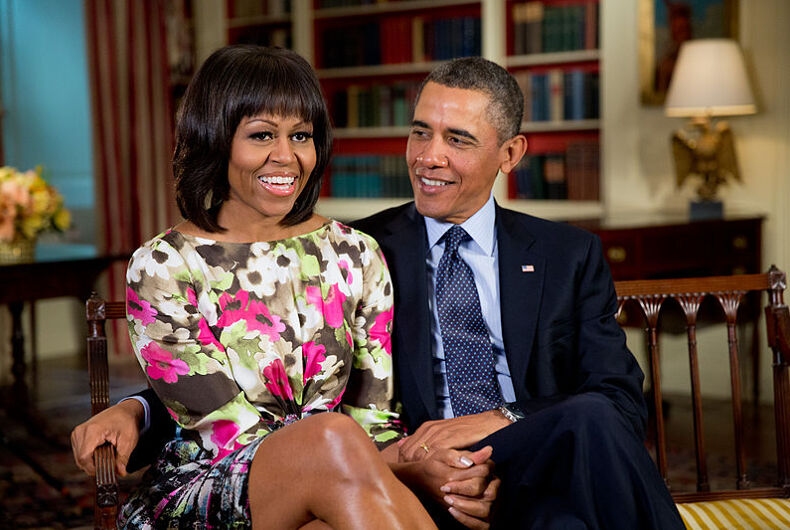 The former president and former first lady are reportedly on the lookout for a new place in New York City.Photo: Pete Souza

According to the Post, former president Barack Obama and former first lady Michelle Obama are looking at an apartment on the Upper East Side of Manhattan.

Multiple sources reportedly said the couple was seen arriving at 10 Gracie Square on the Upper East Side, not far from the mayor’s residence, for viewings.

Built in the 1930s, the building has 15 floors and 43 apartments. The apartment the Obamas are said to be considering has five bedrooms, four baths, a library with a wood burning fireplace, and views of the East River.

A duplex apartment in the building went into contract last week for $10 million.

The Obamas purchased a home for just over $8 million in Washington, D.C. earlier this year.

Below are pictures of the apartment in question. Let us know in the comments what you think.