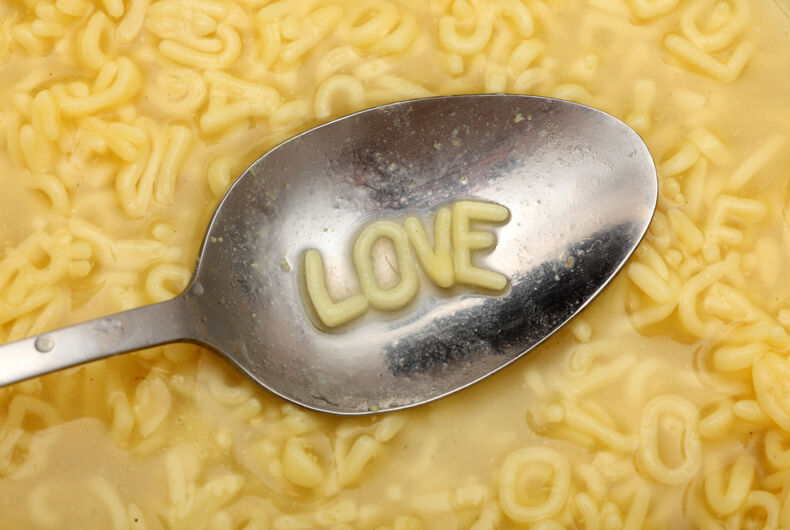 Today, references to the LGBT community are commonplace. One hears them in both the mainstream media and everyday conversation.

What’s not generally discussed, though, is how this particular combination of words came to represent the LGBT community. Why were some words admitted to this “alphabet soup” while others were excluded?

As it happens, the history behind the words and phrases used to identify LGBT people is both curious and revealing.

No Homo: How homosexual faded from use

Consider the word “homosexual.” Its absence from the initialism LGBT is conspicuous, because it was the label most frequently applied to gay men and lesbians for several decades during the mid-20th century.

Before then, same-sex behavior was either condemned as a sin on religious grounds or punished as a crime for legal reasons. But well into the early modern era, there was no commonly accepted word or phrase to describe individuals with a physical attraction to, romantic feelings for, or a sexual interest in people of the same sex.

That began to change, gradually, during the 19th century. With medicine and psychology emerging as scientific disciplines, some began to think of so-called sodomites less as sinners or criminals and more as patients.

In 1869, Karl-Maria Kertbeny, an early advocate of gay rights, coined the German word “homosexualität.” Roughly two decades later, English author John Addington Symonds included a discussion of “homosexual instincts” in his 1891 book, “A Problem in Modern Ethics.” Scholars cite this as the first use of the word “homosexual” in English.

By the early decades of the 20th century, “homosexual” had become common parlance among medical doctors and psychologists, but to no avail. As the historian John D’Emilio notes in his book Sexual Politics, Sexual Communities, “Although the medical profession strove from the 1880s onward to wrest power over the fate of homosexuals and lesbians away from the criminal-justice system, the attempt did not initially seem to benefit gay individuals.”

In effect, gay men and lesbians went from being sinners or criminals to being sick. Unfortunately, the cures proffered by the medical profession included remedies as gruesome as castration, hysterectomy and lobotomy. It’s no wonder, then, that by the 1960s, gay men and lesbians were eager to shake off the word “homosexual” and replace it with a label of their own choosing.

Author Edmund White traces the gradual replacement of the word “homosexual” with the word “gay” in his essay “The Political Vocabulary of Homosexuality.” As he notes, the pace of change was given added impetus by Stonewall, but the experience of African-Americans struggling for civil rights was also important. According to White:

Just as Negro had been rejected as something contaminated because it had been used by (supposedly hypocritical) liberals and the seemingly more neutral black was brought into currency, in the same way homosexual, with its medical textbook ring, was dismissed in favor of the more informal and seemingly innocuous gay…

By the 1970s, the word “gay” became more common among both gay men and lesbians, as well as the general public. Psychologists and psychiatrists, however, needed a bit more convincing: Homosexuality continued to be listed as a “non-psychotic mental disorder” in the Diagnostic and Statistical Manual of Mental Disorders.

That finally changed, thanks to Dr. John Fryer. At the APA’s annual meeting in 1972, Fryer donned a mask and participated in a panel as “Dr. H. Anonymous.” His remarks began: “I am a homosexual. I am a psychiatrist.” In 1973, when the next edition of the DSM was published, the APA no longer listed homosexuality as a mental illness.