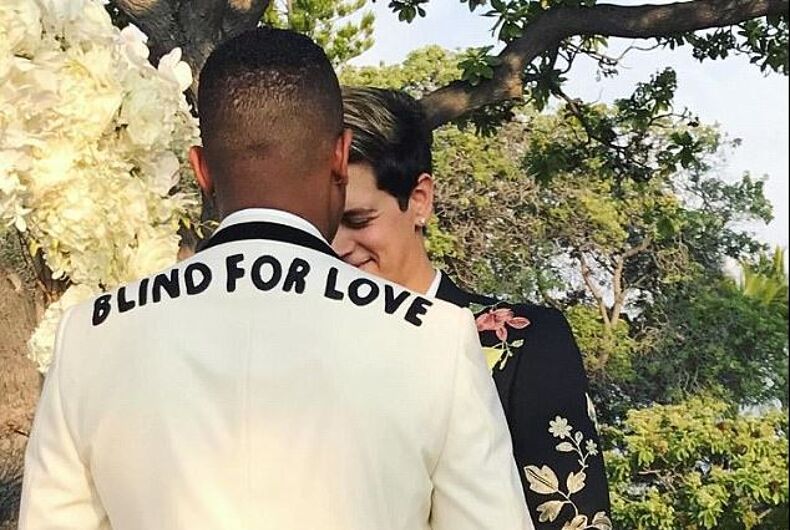 Milo Yiannopoulos, the former Breitbart editor who was forced to resign amid scandal, has said that he would vote against marriage equality in Australia. The country is conducting a nonbinding postal survey on the issue.

The Brit recently married his longtime partner, John, in Hawaii, yet he claims that allowing others to enjoy the freedom he took full advantage of could result in a travesty of justice for religious people everywhere.

He also claims it could kill gay culture.

“My gut would be to vote against it,” he told The Daily Mail, seemingly unconcerned with the hypocrisy. ”

“I’m gay and a Catholic,” he said. “The highest priority for me is making sure no church, no believer anywhere, is required to violate their religious conscience.”

“I think those things can co-exist perfectly peacefully. I think the state probably should recognize a gay couple who want to commit to one another,” he added. “But the paramount consideration is not those gay couples – it is religious freedoms.”

As is the case in America, just because you legalize same-sex marriage does not mean that churches are forced to marry you.

He also claimed that the goal of marriage equality is not to “make gay people’s lives better” but instead claiming it is “warfare via legislation designed to punish conservatives and people of faith.”

No word on why he would want to take part on the side of punishing conservatives and people of faith by having the audacity to marry the person he loves, considering he is both.

“One of the few advantages of being gay was that you could tumble out of a nightclub at 1 am on a Tuesday and no one could have a go at you for it,” Yiannopoulos also claimed. “But if we’re buying into these institutions like marriage, I worry that there will be a deadening effect on gay culture.”

Yiannopoulos has previously admitted that if he could choose to not be gay he would, perhaps making him not the best spokesperson on what’s best for gay culture.

In other news, Breitbart executive and former White House chief of staff Steve Bannon has reportedly cut ties with his former employee over an expose in BuzzFeed that showed how closely the publication worked with neo-Nazis, and other assorted scum, for the clicks.

Yiannopoulos is heading to Australia on his latest tour, which has been beset by cancellations.

The results of the postal survey will be released November 15.