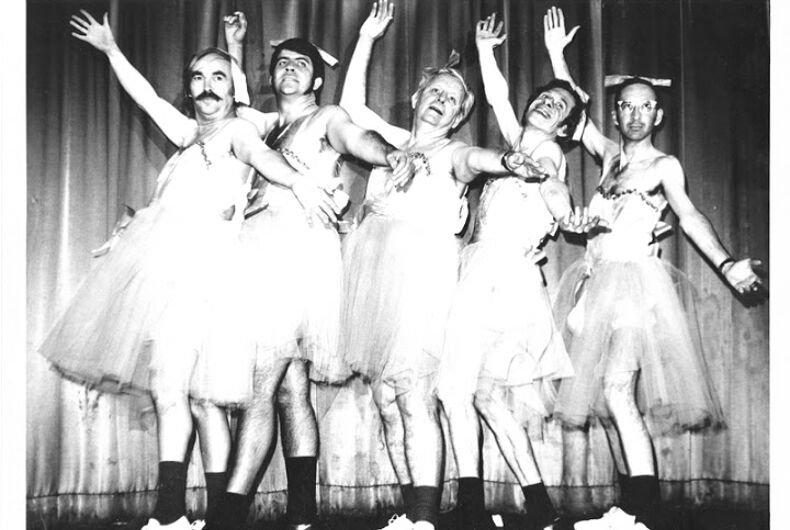 The ONE National Gay & Lesbian Archives is an invaluable resource documenting the rich and varied history of the queer community. This is particularly important as LGBT History month wraps up, as a reminder of the bravery, the sacrifices and the general fabulousness of those who came before us.

Founded in 1952, ONE recently celebrated its 60th anniversary as “the oldest active LGBTQ organization in the United States and the largest repository of LGBTQ materials in the world.” These are just a few of the incredible vintage photos available in ONE’s online gallery, featuring over 600 images dating back to the days when love dared not speak, let alone tweet and Facebook, its name.

Carolyn Weathers and Denise Crippen kissing on driveway at Morton Avenue. Circa October 1975.

Christine Jorgensen, one of the first people to openly discuss having gender-reassignment  surgery, signs her biography after speaking at ONE Incorporated. March 9, 1975.

Dorothy Putnam celebrating her birthday, sitting on the lap of a friend. Undated.

A Gay Activists Alliance (GAA) protest regarding separation of church and state. August 28, 1974.

Jeanne Cordova and girlfriend Janie Elvin. They met in high school, then met back up at Harvard where they became lovers. Circa 1969.

Philadelphia gay wedding. This photograph was part of a set that was deemed inappropriate by a photo shop in Philadelphia and never returned to the customer. Circa 1957.

Why is Donald Trump incapable of apologizing?