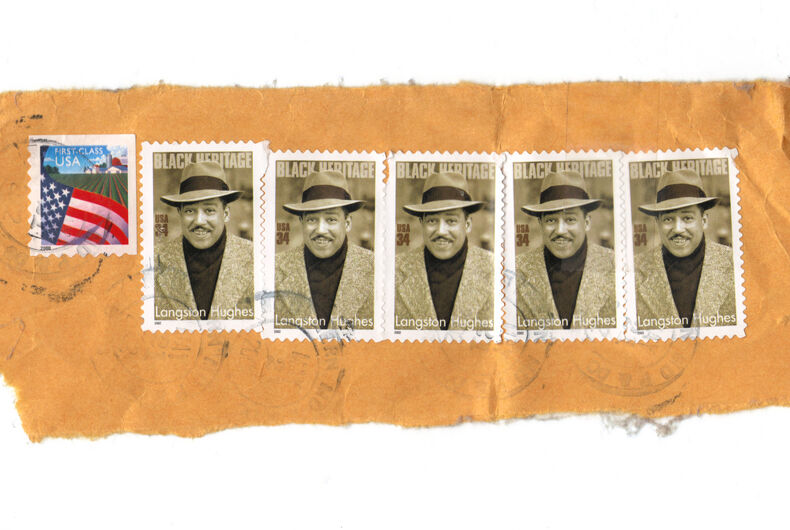 Winston Churchill once said that “History is written by the winners.” When the Stonewall Riots occurred in 1969, the history of more than a century-long oppressed people finally got national attention. Since that historic moment, the repressed and closeted oral histories of our fierce and courageous LGBTQ brothers and sisters have begun to be documented – openly and uncensored.

Less than half a century later, a new field of inquiry called “Queer Studies” began to tell our stories. And, as a young disciple, it’s still on a fact-gathering mission.

LGBTQ History Month is young, too. It’s a public month-long celebration and acknowledgment of our contribution to American history. Just 23- years-old it was first celebrated in 1994, as an outgrowth from National Coming Out Day.

As a community that can now openly gather, preserve and archive our history, LGBTQ History Month affords us the opportunity to celebrate new voices and individuals to this newly emerging canon. And, the more diversified the LGBTQ historical cannon becomes a more robust and accurate picture emerges of the shakers and movers of a century-long civil rights movement that obviously pre-dates Stonewall.

However, the whitewashing that’s showcased during this month with the usual renowned figures like James Baldwin and Bayard Rustin thrown in as tokens of inclusion does a tremendous disservice not only to the intention of the month-long celebration but it also does a disservice to the importance of the historical record attempting to climb out of a queer closet now open.

Both Black History Month in February and Women’s History Month in March similarly omit from their month-long celebrations trailblazers whose lives should be acknowledged, too. In presently analyzing the intersectionality of people’s lives, historical records that were once canonized and deemed as the gospel of truth are now being redacted for their glaring omissions.

For example, Queer Studies forced the once deliberated and hidden omission of Bayard Rustin from the historical annals of the 1960’s black civil rights movement to his rightful place as a key figure. Usually mentioned as merely a historical footnote, we can no longer accurately talk about the historic 1963 March on Washington without Bayard Rustin.

Rustin, inarguably, is one of the tallest trees in our forest; he was the strategist and chief organizer of the March that catapulted the Rev. Dr. Martin Luther King onto a world stage. Sadly, he’s still largely an unknown due to the heterosexism that canonized the history.

Queer histories, however, are not without their blind spots, too.

The visibility of Harlem’s LGBTQ communities, for the most part, was forced to be on the “down low.” But gay Harlem, nonetheless, showcased it inimitable style with rent parties, speakeasies, sex circuses, and buffet flats as places to engage in protected same-gender milieux.

And let’s not forget Harlem’s notorious gay balls. During the 1920s in Harlem, the renowned Savoy Ballroom and the Rockland Palace hosted drag ball extravaganzas with prizes awarded for the best costumes. Harlem Renaissance writer Langston Hughes depicted the balls as “spectacles of color.” As expected, African-American ministers railed against these communities as they continue to do today.

While we have come to know of gay and bisexual male literary figures of the Harlem Renaissance like Alain Locke, Countee Cullen, Langston Hughes, Claude McKay, Wallace Thurman and Richard Bruce Nugent, to name a few, we know too little of the LBT and queer-friendly feminist women writers. Zora Neale Hurston, Jessie Fauset, Georgia Douglas Johnson, Nella Larsen, Alice Dunbar-Nelson, and other African-American feminist writers of the era used issues of sexuality and gender nonconforming identities as artistic influences in their literary works.

The invisibility of LGBTQ and women of color is not because there is a paucity of us that exist or made history; our invisibility is evidence of how race, gender and sexual politics of the dominant heterosexual cultures – black or white – are reinforced in white queers, too.

It leads you to believe that the only shakers and movers in the history of people of African descent in the U.S. were and still are heterosexuals and all LGBTQ people are white. And because of these biases, the sheroes and heroes of LGBTQ people of African descent — like Pat Parker, Audre Lorde, Essex Hemphill, Joseph Beam, and Bayard Rustin — are mostly known and lauded within a subculture of black life.

Deceased African-American poet and activist Pat Parker, in her book Movement in Black, talked about how society did not embrace her multiple identities. “If I could take all my parts with me when I go somewhere, and not have to say to one of them, ‘No, you stay home tonight, you won’t be welcome, because I’m going to an all-white party where I can be gay, but not Black.’ Or I’m going to a Black poetry reading, and half of the poets are antihomosexual, or thousands of situations where something of what I am cannot come with me. The day all the different parts of me can come along, we would have what I would call a revolution.”

The Stonewall Riots was a revolution. And, it wasn’t just white! The historical facts are not all gathered.

For example, the 2015 film “Stonewall” is the most disturbing of films on the rebellion because of its apparent whitewashing of a historic moment that turned into a movement. When I look back at the first night of the Stonewall Inn riots, as a young teen in the riots, I could have never imagined its future importance.

On the first night of the Stonewall Inn riots, African-Americans and Latinos were the largest percentages of the protes­ters, because we heavily frequented the Stonewall Inn. For black and Latino homeless youth and young adults who slept in nearby Christopher Park, the bar was their stable domicile. The Stonewall Inn being raided was nothing new — gay bars in the Village were routinely raided in the 1960s – but many believe the decision to raid Stonewall that fateful night happened because the police were increasingly incensed by how many LGBT people of color hung out there.

The Stonewall riots of June 27-29, 1969, in Greenwich Village started on the backs of working-class African-American and Latino queers who patronized that bar. Those brown and black LGBTQ people are not only absent from the photos of that night but have been bleached from its written history. Many LGBTQ blacks and Latinos argue that one of the reasons for the gulf between whites and themselves is about how the dominant queer community rewrote and continues to control the narrative of Stonewall.

LGBTQ History Month can be a public acknowledgment of correcting the record.